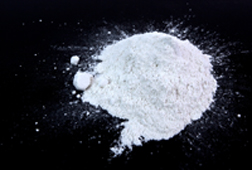 However, Daniels was unable to convince the jury that 38 years of using Johnson & Johnson Baby Powder daily caused her ovarian cancer. After deliberating for less than a day, the jury agreed 11-1 on the verdict in favor of Johnson & Johnson and Imerys, although only nine jury votes were needed.

In its most recent annual report released last month, J & J reported that 3,100 talcum powder lawsuits against Johnson & Johnson in the US and Canada were pending as of January 1, 2017.

The St. Louis-Post Dispatch reported that one juror, Luke Wilson, of St. Louis didn't consider evidence that talcum powder can cause ovarian cancer to be strong enough to require J & J to put warning labels on its products. The one dissenting juror, George Stair, disagreed.

“I think there was enough [evidence], but obviously I didn’t carry the day," Stair told the St. Louis Post-Dispatch. "I wish we could have sent a message to Johnson & Johnson to put a warning on the product label.”

Posted by
Prentiss Jenkins
on March 20, 2017
This is a very sad day for the plantiffs. I am a African American man and I used Shower to Shower talcum powder under my arms for years and I don't know how it affected me. To bad.