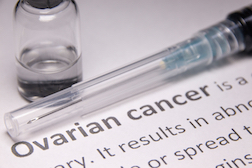 The $70 million lawsuit was filed by Deborah Giannecchini, who was diagnosed with ovarian cancer in 2012. According to her lawsuit, she used baby powder as a feminine hygiene product for more than 40 years, stopping after she was diagnosed with ovarian cancer. Lawyers for Giannecchini say despite having gone through surgery, radiation, and chemotherapy, she will likely die in the next two years.

According to Bloomberg (10/27/16), jurors agreed with Giannecchini that the companies responsible should have warned consumers about the potential link between talcum powder and ovarian cancer.

Johnson & Johnson will reportedly appeal the decision. Both Johnson & Johnson and Imerys argued that experts brought in by the plaintiffs failed to provide scientific proof that use of talcum powder led to ovarian cancer. The companies say the product is safe. But studies have found conflicting results.

The American Cancer Society notes that findings regarding a link between talcum powder and ovarian cancer have been mixed. Although some studies have shown a slight increase in risk, others have not.

More TALCUM POWDER News
In a statement from Johnson & Johnson, the company expressed its support of its product. "We deeply sympathize with the women and families impacted by ovarian cancer. We will appeal today's verdict because we are guided by the science, which supports the safety of Johnson's Baby Powder."

Two previous lawsuits have resulted in awards of $72 million and $55 million each. Johnson & Johnson is reportedly appealing those awards. But others have been thrown out of court. Meanwhile, hundreds of lawsuits sit in state and federal court, alleging consumers were put at risk of ovarian cancer after Johnson & Johnson failed to warn them about a potential increased risk of ovarian cancer.

Posted by
Lane Eason
on November 7, 2016
What a rip-off!!! Hope she loses when they appeal!