Talcum Powder Remains Under a Cloud of Scrutiny

It has been reported that upwards of 17,000 prospective plaintiffs contacted body powder and cancer 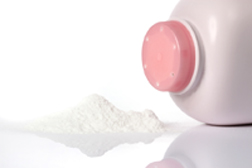 attorneys following the awarding of $72 million to a single plaintiff in a talcum powder lawsuit. The jury in the lawsuit determined that the manufacturer of the talcum powder involved, Johnson & Johnson, withheld information from consumers with regard to a potential link between daily talcum powder usage on genitalia, and ovarian cancer. Given the relative rarity of ovarian cancer in the first place, it’s understandable that women devastated with a diagnosis of ovarian cancer and having been a regular consumer of body powder, would seek compensation.

And yet, the ‘jury’ as it were, is still out as to whether, or not there remains a causal link.

According to the International New York Times (05/25/16) research linking talcum powder to ovarian cancer dates back to studies conducted by researchers in Wales beginning in 1971. More recently - in 2006 - the International Agency for Research on Cancer classified talcum powder as a potential human carcinogen if used in the genital area, which women do and have done for generations.

But there are just as many studies that appear to cast doubt on that. It’s why body powder and cancer lawsuits can be somewhat tricky until more research pointing to an actual causal relationship, is undertaken.

Even with $55 million awarded to a cancer survivor earlier in May and the whopping $72 million awarded in February, there appears to be universal agreement that more research needs to be done.

“There is no way we’re ever going to know for certain that any exposure is necessarily causal to a disease,” said Dr. Shelley Tworoger, an associate professor of medicine and epidemiology at Brigham and Women’s Hospital and Harvard. “We might be 99 percent sure,” in some cases, she said, “but there’s usually no way to guarantee that what you see is actually the truth.”

The International New York Times reports that talc is a naturally occurring clay mineral made up of magnesium and silicon - and while talc does not naturally contain asbestos, it is often mined in proximity to the known carcinogen. Since that was discovered, together with the cancer-causing effects of asbestos, manufacturers have been taking greater care to ensure that asbestos has not crept into their talc products.

The difficulty is that talcum powder has been favored by women for personal hygiene for generations, “from back in Great-Grandma’s day.” Asbestos-triggered cancers also have a tendency for a long incubation period. Thus, women having used body powder for decades, since they were little, may have been potentially exposed to asbestos early on, when it was possible that asbestos particles may have been present in body powder.

More TALCUM POWDER News
The scientific and manufacturing industry made a major turn on asbestos in the 1970s, highlighting the carcinogen’s dangers and taking steps to eradicate asbestos from various common products. However, it was as recently as 1982 that Daniel W. Cramer, a professor from Harvard, conducted research comparing 215 women stricken with ovarian cancer against an equal number of women who were healthy and served as the control group.

The researchers concluded that women who used talcum powder on a regular basis were twice as likely to have ovarian cancer. What’s more, those who used body powder on their sanitary pads and directly on genitals were found to be more than three times at risk for ovarian cancer.

Researchers went further, pooling the results of similar studies involving nearly 20,000 women and found that use of body powder was associated with a 24 percent increased risk for ovarian cancer.