Public Citizen Out Early on Warnings Regarding Januvia

It was more than a year ago that the US Food and Drug Administration (FDA) urged a change to the product labeling for Januvia, an oral Type 2 diabetes drug, with regard to various Januvia side effects. However, critics say that the FDA was slow off the mark, given that reports of adverse reactions were coming in soon after Januvia was approved. 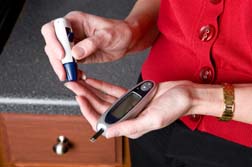 Public Citizen was off the mark sooner. The consumer advocacy group had posted Januvia to its Worstpills.org Web site in June of 2007, advising then that Januvia should not be used until seven years after its introduction on the market??"no earlier than 2014??"due to a lack of insight and data regarding its safety and efficacy long-term.


"Individuals with type 2 diabetes should wait seven years before taking Januvia,"
said Dr. Sidney Wolfe, director of the health research group at Public Citizen, in comments released June 1 of 2007. "They should not be human guinea pigs and risk being harmed by the adverse effects associated with Januvia that may be magnified with time, as they were with Avandia."

Little wonder that the reports started rolling in almost immediately after Januvia (sitagliptin) was approved.

In railing against Januvia, Public Citizen noted that even in clinical studies, trial participants were found to experience an increased level of creatinine, which is found in the blood and is often an early indicator of kidney problems.

The FDA's own medical officer whose jurisdiction included Januvia concluded, following a review, that Januvia's performance was at best, "fairly modest."

Public Citizen has an enviable track record of raising concerns about potentially problematic drugs and remains well ahead of the curve. The June 2007 statement noted that the advocacy group's warning about Type 2 diabetes drug Avandia was two years ahead of the release of the Dr. Steven Nissen study in the New England Journal of Medicine.

More JANUVIA News
With Januvia adverse reactions, including concern for Januvia cancer, Public Citizen notes that many of the newer drugs designed to treat Type 2 diabetes "are often no more potent or effective than the older diabetes drug families: insulin, the sulfonylureas and the biguanides. Because Januvia is not a 'breakthrough' drug??"one that is significantly more effective than drugs already on the market??"Wolfe advises patients with type 2 diabetes to wait to see if it is truly as safe as its manufacturer, Merck, claims," states the press release.

In the meantime, anyone considering a Januvia lawsuit may well consider the lag time between October 16, 2006??"when the first adverse reaction reports were received by the FDA??"and September 25, 2009, when the agency issued a revision to the warning label. The lag time, nearly three years, could have caused dozens (if not hundreds) of people to suffer needlessly.

Posted by
James H. McCann
on January 7, 2011
The research on Januvia prior to marketing was thorough and the manufacturer is still following up on it ---a manufacturer that has a certain integrity in these matters.

There are things in the PRODUCT INSERT that are pretty much meaningless to an individual taking the drug, but don't let that stop you. Learn from what the pharmacists tell you ---they know what they are talking about and are much more reliable than doctors when it comes to drugs.

Posted by
ALAN MILLS
on December 28, 2010
I have been taking Januvia for several years now, possibly from as soon as it was an accepted drug. I also have ESRD, and had a kidney transplant in 2004. My creatnine is well under control, and I have had no ill side effects from the drug, that I know of, and I have blood and urine labwork every month, that is reviewed by both my endocrinologist and 2 nephrologists.
Posted by
A Victim
on December 25, 2010
My father has been taking it for few months and during these times his creatinine has been increasing.
Now I know the reason.
Although he has to stop and then do tests again to make sure.

Posted by
pauliner
on December 23, 2010
I have the same concern, questions my doctor. He was not aware of any complications. What should I be aware of. I have been taking this drug for 3 year.
Posted by
DAVID A. SULTAN
on December 23, 2010
I HAVE BEEN TAKING JANUVIA FOR THE PAST 4 YEARS OR SO. IS THERE ANYTHING I SHOULD BE LOOKING FOR IN MY BLOOD WORK TO DETERMIN IF I HAVE BEEN AFFECTED BY THIS DRUG? . MY DOCTORS ARE NOT AWARE OF ANY PROBLEMS WITH THE DRUG SO I CAN'T DEPEND ON THEM. EVEN THE PHARMACY IS UNEDUCATED ON UPDATES. I HAVE BROUGHT THINGS TO THEIR ATTENTION THAT I FOUND ON THE WEB AND THEY WERE AMAZED...PLEASE ADVISE ME WHAT I SHOULD DO. IS THIS DRUG SAFE TO TAKE?