At least four more IVC Filter lawsuits have been filed so far this month, adding to more than 3,000 complaints that people have been injured by IVC filters that have been referred to as “deadly missiles” when fractured. 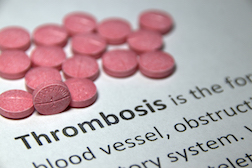 Imagine how you would feel, having an IVC filter implanted after 2010. That’s how long ago a report concluded that IVC Filters made by Bard had 25 percent fracture risk with 70 percent of broken fragments—the deadly missiles—traveling to the heart. Of those 189 patients in the study who either had a Bard Recovery or Bard G2 filter from April 2004 until January 2009, three experienced life-threatening symptoms and one patient died.

Wait, it gets worse: A study in 2014 estimated that 38 percent of Bard’s G2 filters would fracture within five years. These fragments, or missiles, have traveled to the IVC filter recipients’ lungs and heart and more. And the risk increases over time. The following year a study found that 43 percent of Celect filters manufactured by Cook Medical punctured the vein within two months.

The only purpose of getting a filter implanted is to prevent a clinically significant pulmonary embolism (PE), and the FDA recommends getting the filter “removed as soon as PE protection is no longer indicated.” So why do fewer than 30 percent of IVC filter patients have the filter removed? Lawyers are asking that question to C.R. Bard in particular.

IVC Filter lawsuits allege that the medical device manufacturers have downplayed the complications such as fracturing, sold an unreasonably dangerous device, and failed to study it for safety. The Daily Hornet reported these four lawsuits, all filed this month:

Billy J.S., a man from Alabama, had a C.R. Bard Recovery IVC Filter implanted in 2007, but the filter was only on the market two years when it was quietly withdrawn in 2005—two years before he had it implanted. Although it wasn’t recalled, Bard never issued safety warnings so neither doctors nor patients had any idea that it had a high fracture risk. The lawsuit was filed on March 7, 2017 in the U.S. District Court for the District of Arizona — Case No. 2:17-cv-00687.

Deborah K., a woman from Nebraska, was implanted with the C.R. Bard G2® Vena Cava Filter in December 2009. It was approved in 2005 by the 501(k) process, meaning it didn’t go through clinical trials and was fast tracked to market because it was “equivalent” to Bard’s Recovery filter – the one that Billy (above) had implanted in an Alabama Hospital. The lawsuit was filed on March 4, 2017 in the U.S. District Court for the District of Arizona — Case No. 2:17-cv-00654.

More IVC FILTER News
And Walter S. was implanted with the C.R. Bard Denali® IVC Filter at a hospital in Washington State in March 2016. Denali is a sixth generation filter approved in 2013 and is the only type of Bard filter left on the market. But it too has reports of fractures and one recipient needed open heart surgery six months after it was implanted. This lawsuit was filed on March 7, 2017 in the U.S. District Court for the District of Arizona — Case No. 2:17-cv-00680.

Susan P. was implanted with the Cook Celect® Vena Cava Filter in August 2015 at Mount Nittany Medical Center in State College, Pennsylvania. A lawsuit was filed on March 11, 2017 in the U.S. District Court for the Southern District of Indiana (Indianapolis Division) — Case No. 1:17-cv-00762.

If you have an IVC filter that was implanted several months ago, medical professionals recommend talking to your doctor about getting it removed. And then you might want to talk to a lawyer.

Posted by
Cynthia Watkins
on March 26, 2017
I've had my filter since 1975 do I qualify my Dr spotted a spot on my lungs not sure if it moved