In the continuing crackdown against high interest Internet payday loans and predatory lending, the State of Minnesota is challenging the growing practice by lenders of hiding behind cloaks of immunity available through sovereign communities in an effort to get around State laws that govern interest rates and other financial terms. 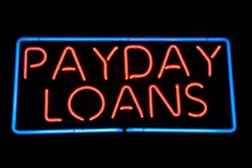 To wit, Internet payday loan companies appear to be partnering with tribes and first nations communities - the latter eager to ease financial difficulties at their reserves, with the former taking advantage of sovereign immunities available through the tribal communities to duck under the radar of state regulatory authority.

As described in a published report by the Star Tribune (7/12/13), it is alleged that Internet payday loans are made by Western Sky Financial Inc., a company reportedly based in South Dakota and owned by an American Indian. As a member of a tribal community, the owner can reportedly circumvent state laws. The loans are then sold to an Internet payday loan company known as CashCall, of California.

The practice is known within financial circles as “rent-a-tribe,” and is something the State of Minnesota is attempting to shut down. To that end, an Internet payday loan lawsuit has been filed jointly by the Office of the Attorney General for the State of Minnesota and the Office of the Commerce Commissioner naming CashCall Inc. and its two subsidiaries.

According to the Star Tribune, a 40-year-old woman from Brainerd took out a four-year loan from Western Sky Financial Inc. in the sum of $2,525, after falling behind in her bills. Almost immediately, the woman began receiving telephone calls and e-mails from CashCall. She told the Star Tribune in an interview that her finance charges ballooned to $11,000.

The Internet payday loans lawsuit, which does not name Western Sky Financial Inc., notes that under existing State laws a licensed lender, advancing a loan of $1,000, could charge an origination fee no higher than $25 and an annual percentage rate (APR) of 22 percent.

In contrast, according to the lawsuit, a similar loan from Western Sky Financial Inc. would require an origination fee of $500 folded into the loan, with the revised principle of $1,500 subject to an APR of 149 percent.

According to the Internet payday loans report, none of the principals for any of the companies were available for comment. An attorney representing CashCall said only that the lawsuit contained inaccuracies, but would not comment further on pending litigation.

Meanwhile, Minnesota’s Attorney general presses on. “More and more now, we’re seeing the unlicensed Internet lending industry morph to purporting to affiliate with a tribe or a tribal member,” said Swanson, in comments published in the Star Tribune. “It’s the Whack-A-Mole problem. This is sort of the latest iteration.”

Posted by
Jen Gee
on July 30, 2013
Predatory lending is a huge issue across the US as payday loans and title loans become more prevalent. People we've worked with have often ended up in a predatory lending situation without realizing what they'd gotten into. It's so important to understand your rights and be aware of possible scams. Take some time doing research before signing any contract.