The state of Maryland is the latest to bring the hammer down on the Internet payday loan and, specifically, the duo of Western Sky Financial (Western Sky) and CashCall Inc. According to The Baltimore Sun (6/24/14), the lenders and state regulators agreed to a $2 million settlement designed to address unsavory lending and collection practices that were described as “abusive.” 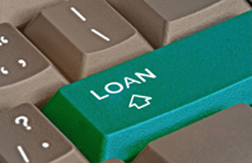 Western Sky, based in South Dakota and no longer operating, tried to hide behind Native American Indian immunity in an effort to avoid regulatory pressures. Those pressures have proven fierce, given the number of states and regulatory authorities having taken up the cause on behalf of consumers saddled with terms and interest rates described as predatory at best.

In Maryland, the current settlement had its beginnings with consumers seeking payday loan legal help. According to The Sun, Western Sky and CashCall succeeded in making in excess of 1,200 loans to Maryland residents between 2010 and early 2011 via telephone or the Internet. Consumers lodged complaints with regard to the interest rates they were charged. While Maryland observes interest rate caps of anywhere from 24 to 33 percent depending on the size of the loan, regulators were getting reports that consumers were charged rates as high as 1,825 percent per annum, which critics described as nothing short of predatory.

“Western Sky Financial and CashCall worked together to charge outrageous rates to vulnerable citizens in a time of great economic distress,” said Mark Kaufman, Maryland’s commissioner of financial regulation, in a statement appearing in The Sun. “They sought to structure around long-standing statutory prohibitions and to deny borrowers’ protections to which they are legally entitled.”

Western Sky was based at the Cheyenne River Sioux Reservation but reportedly not run by the tribe, and therefore not a qualifier for immunity that Western Sky had claimed. The Internet payday loan provider announced last September it would cease operations.

Meanwhile, the crackdown by state regulators against the illegal payday loan industry is beginning to reverberate through the industry - to the point where some providers of payday loans are getting out of that business in spite of record profits.

It was reported by The Dallas Morning News (7/22/14) that Cash America International is looking to wind down its payday and installment loan business and focus instead on its heritage pawnshop operations. This, in spite of revenues from payday loans growing from $21 million in 2003 to $878 million last year.

Payday loans can seem too good to be true

Payday loans are legitimate sources of short-term cash sought by consumers who either don’t have a relationship with a bank or are maxed out. Interest rates are higher for payday loans, but are regulated by the state in which the payday loan operator does business. Storefront operations must adhere to strict guidelines, and states have no quarrel with storefront or online providers of payday loans that play by the rules.

It is the out-of-state Internet payday loan operator that refuses to abide by local caps and guidelines that rile the authorities and consumers alike. Payday loan operators don’t believe they need to adhere to local state regulations given that they are not physically based in the state requiring those regulations.

More PAYDAY LOANS News
While there are reputable Internet operators who take pains to ensure that the local, state-based regulations required of a loan according to where the consumer lives are observed, most do not - hence the ongoing crackdown by state officials and consumers seeking payday loan legal help.

In the Maryland case against Western Sky and CashCall, more than $275,000 of existing debt is being wiped from the books, together with a $1.7 million fund available for payday loan lawsuit consumers who may have made interest payments above 24 percent per year.

While the crackdown continues, consumers still stuck with payday loan woes have the option of consulting a payday loan lawyer, in order to begin the process to get out from under predatory fees no consumer should have to pay.

Posted by
Mary
on September 13, 2016
The exact same e-mail today!!!
Posted by
Debbie Glasgow
on August 12, 2016
I got the same email today.
Posted by
Jeanette
on June 7, 2016
I had an attorney represent me on these payday loan predators. however I keep getting harassed and threaten by these fraudulent companies. furthermore, the attorneys who did represent did something unsettling, of which i will further discuss once you make contact with me.
I am so tired of this continued harassment, have attached the most recent e-mail. I hope you can help me: SEE & READ BELOW

LAST CHANCE TO SETTLE THE CASE

Your case file # CA27/87A/31-51 is handling by LEGAL DEPARTMENT OF ACE CASH SERVICE and we are working with FTC, FBI and all the three credit bureaus, So now you may cooperate us in order to resolve the case file CA27/87A/31-51 BEFORE WE DOWNLOAD YOUR CASE FILE # CA27/87A/31-51 INTO THE COURT HOUSE.

This is in reference to your Case File CA27/87A/31-51with ACE (ACE CASH SERVICE) in order to notify you that after sending several emails we were not able to get hold of you. So the IC3 (Internet Crime Complaint Centre) has decided to mark this case as a flat refusal and press charges against you.

Your account with ACE is in Final Collections. According to our records, your outstanding balance was $932.63

It may be possible that you may have some financial hardship with you.

So, we are just giving you a last chance that if you just make a payment by Today then we will close this account as paid in full with zero balance.

Or, else we won't be able to help you out.

Do revert back if you want to get rid of these legal consequences and want to make payments within next 48 hours or else the case will be downloaded against you.

The opportunity to take care of this voluntary is quickly coming to an end. We would hate for you to lose the option of resolving this before it goes to the next step which is a Lawsuit against you, but to do so you must take immediate action.

You can avoid this by taking care of this now.

It is quick and easy:

Do reply us right now and provide us the date on which you can make the payment.

If you do not take immediate action we will be forced to download this case against you and once it is downloaded the creditor has entire rights to inform your employer regarding this and if you are found guilty under the bench of jury then you have to bear a lawsuit which will be a penalty of $4515.85 and your bank account will be closed. it will be totally levied upon you and that would be excluding your bail charges, your attorney charges and the due amount pending on your name $932.63.

Confidentiality Statement & Notice: This email is covered by the Electronic Communications Privacy Act, 18 U.S.C. 2510-2521 and intended only for the use of the individual or entity to which it is addressed. Any review, retransmission, dissemination to unauthorized persons or other use of the original message and any attachments is strictly prohibited. If you received this electronic transmission in error, please reply to the above-referenced sender about the error and permanently delete this message.

Thank you for your cooperation.