An Internet payday lender that fell under the weight of state lawsuits, in spite of claims of immunity under Indian tribe status, may, in tandem with its service partner, owe New Yorkers caught up in the online payday loan snare upwards of $20 million in excessive interest. 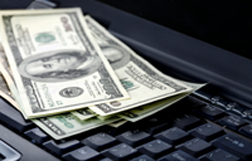 “Thousands of New Yorkers who were the victims of exorbitant and illegal interest rates can receive meaningful relief through our settlement fund,” said New York State Attorney General Eric Schneiderman, in comments May 20 in New York.
“I encourage all those eligible to take full advantage of this program. In these tough economic times, my office will continue to pursue all avenues for consumers and seek justice against anyone who defrauds them.”

The original payday loan lawsuit against Western Sky Financial LLC and its service partner Cashcall Inc. this past September was a response to a crackdown by several states on the Internet payday loan industry - a sector notorious for charging exorbitant rates of interest on low-dollar, short-term loans that have been previously described as nothing short of predatory.

In the case of Western Sky, which claimed tribal immunity as it was based at an Indian reservation in South Dakota and owned by an individual purported to be a member of an Indian tribe, interest rates on the short-term loans were seen to be as high as 355 percent. Other lenders have been seen to charge interest rates of 500 percent or higher.

Western Sky and its servicing partner Cashcall defended their service, saying that tribal immunity shielded them from state caps. They also made the point that Western Sky was providing valued employment for Indian tribe members on the South Dakota reserve.

However, with an increasing number of consumers seeking payday loan legal help, the states cracked down. The Office of the Attorney General for the State of New York launched a payday loan lawsuit against Western Sky and Cashcall in September of last year (People of the State of New York v. Western Sky Financial LLC et al., Case No. 451370/2013, in the Supreme Court of the State of New York, County of New York), with the two sides agreeing to a settlement in January. A penalty in the amount of $1.5 million is to be paid, outstanding loans will no longer be pursued for collection, and the allegedly excessive interest payments will be refunded to New York consumers, amounts that represent the difference between the 16 percent cap allowable by unlicensed, non-bank lenders, and the rates that Western Sky and Cashcall actually charged, together with the principal portion.

That payback could be as much as $20 million, according to the New York Attorney General.

Many a consumer has sought out a payday loan lawyer for help in reversing predatory interest rates from online lenders who have no business charging such exorbitant rates in the first place. Such installment loan legal help often results in an installment loan lawsuit (payday loan lawsuit) as the consumer attempts to stop interest payments that can easily eclipse the original amount of the loan.

More PAYDAY LOANS News
The involvement of state attorneys general, and the clout they carry, is furthering the cause toward justice. States are also cracking down on banks that facilitate such predatory lending, by allowing predatory lenders to access accounts and third-party payment processing. Beyond state attorneys general, other organizations are and have been getting involved, including the Federal Trade Commission (FTC) and the Consumer Financial Protection Bureau (CFPB). Both organizations have been in the rings with Cashcall and Western Sky.

The take-home message remains thus: consumers don’t have to accept predatory terms that are often charged as a circumvention of existing laws. Not only can you fight back through a payday loan, installment loan or workplace loan lawsuit - and get those predatory terms stopped - you may also be in line for compensation.

Posted by
korina devilbiss
on August 17, 2015
What is the phone number to get ahold of western sky? I just want to find out how much is left on my loan
Posted by
James Andrews
on June 24, 2014
What about when these lowlife payday loan companies continually contact someone who NEVER had a payday loan?

I receive periodic calls from some lowlife debt collectors that leave prerecorded messages about court action. When I call back, these people, who claim to be attorneys, make statements about "pending legal action" about some loan that they cannot really verify or give express details.

I am interested if they can be sued for damages.

Posted by
betty mcclng
on June 22, 2014
my husband died and he hadent into my a a pay day loan they account after i reported his death
Posted by
John n reid
on June 22, 2014
It took me forever to get the money back after my wife paid them off. No instrest on it either. Kep giving me a different story daily. This place cash call for western sky should be out of business ASAP.
Posted by
Daniel Rakela
on June 22, 2014
I had a online payday advance loan in the past..i thought I paid it back in full, but they are trying to say I owe a lot more