Payday loans may not be the most prudent form of short-term financial management, but for a large cross section of the American population, it remains a matter of survival when more traditional forms of financing are either too expensive or out of reach. And while licensed payday loan providers are regulated and can be pursued in the face of any attempt to operate outside of the rules, there are no such regulations for unlicensed Internet payday loan companies. 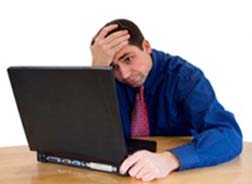 And a good example of just what can happen is seen in the recent closure of a payday lender based in Tampa, Florida. According to the Sacramento Bee (9/15/13), a broker operating under various names including Loan Tree Advances and Your Loan Funding claimed to have represented as many as 120 Internet payday lenders, and promised the dispensation of a loan in about an hour. However, according to the Federal Trade Commission (FTC), which worked to shut the lender down, consumer funds were debited from bank accounts once the broker secured transit numbers, fleecing tens of thousands of consumers to the tune of about $5 million.

The proprietors were found to have funded a lavish lifestyle in this fashion, complete with high-end automobiles that included a 2012 Maserati, a 2011 Rolls Royce Ghost and a 2006 Ferrari 430.

Critics of the online payday loan industry cite the veils of invisibility proprietors of Internet payday loans can operate behind. Many are located offshore, and interest rates for short-term loans can be staggering. With access to consumer bank accounts, payday loan lenders can siphon funds without the consumer’s knowledge. According to the Sacramento Bee, the FTC points out that any consumer who accesses an Internet payday loan site and fills out a form - even without submitting - runs the risk of having their bank accounts accessed, regardless.

The latest statistics released by the Center for Responsible Lending suggest US borrowers pay a staggering $3.4 billion in fees to payday loan lenders every year. In the state of California alone, that figure is $474 million. While many of those loans are obtained from existing storefront operations, the vast majority are sourced from the myriad of Internet payday loan sites that are hard to regulate at best.

“It’s like whack-a-mole,” said Mark Leyes, spokesman for the California state Department of Business Oversight (DBO). “We’re trying to compile a list of unlicensed companies, but they change their company name from one week to the next.”

Since January, according to the Sacramento Bee, the DBO has taken action against 11 illegal online payday loan lenders. But that just scratches the surface, as is the case with other states that have launched Internet payday loan lawsuits against online lenders in an effort to shut them down, and deliver some form of justice to those innocent consumers who have been fleeced.

As for those who operate legitimate storefront payday loan operations, the California Financial Service Providers Association, which represents about 1,470 walk-in payday loan locations statewide, maintains that the unscrupulous online operators are a problem.

“We are very concerned about unlicensed, unregulated Internet lending,” said CFSPA spokesperson Greg Larsen, in comments published in the Sacramento Bee. “If you type in ‘payday lending’ (in a search engine), you instantly get hundreds of thousands of hits. But who knows how many of those are offshore, [and] out of the reach of state licensing?”

More PAYDAY LOANS News
Problems include higher interest rates than allowed under California law; funds siphoned from bank accounts without permission; personal financial data sold or pirated by the lender, regardless of whether or not a loan has been formalized; losing the ability to track, prosecute and recover lost funds.

A consumer might visit an Internet payday loan site and fill out the paperwork before thinking better of it and escaping out of the site without formally submitting. But in some cases, the data is somehow mined by the online proprietor anyway, and consumers are fleeced without giving the lender proper authorization.