How About an Internet Payday Loan at 5,853 Percent Annual Interest?

Amidst plaintiffs who launch Internet payday loan lawsuits in an attempt to recover funds representing interest rate payments widely held as predatory, there remains an increasing effort on the part of regulators to shut the online payday loan industry down. 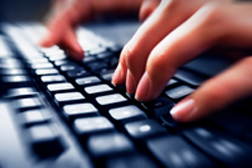 The latest comes from the financial regulator for New York State, Benjamin Lawsky. According to the New York Business Journal (12/3/13), Lawsky has issued no fewer than 16 subpoenas to various websites that sell consumer data to Internet payday loan sites. Lawsky’s effort is the latest salvo in the state’s attempt to shut down Internet payday loan sites that have been reported to require interest rates higher than 25 percent.

And the Internet payday loan industry is certainly not confined to the US. In the UK, Wonga is the largest provider of online loans in Britain, and an entity currently under attack. According to the New York Times (11/30/13), the company recently commissioned a feel-good promotional film that highlights happy Wonga clients and the acquisitions apparently secured as the result of loans secured from Wonga.

But Stella Creasy, spokeswoman for business issues for the UK Labor Party, has an answer for that by way of her Twitter account. Creasy recently tweeted, “you can find 12 happy customers, I can provide you with 1200 caught in toxic payday loan trap.”

Wonga is reported to be the largest of all the payday loan lenders in the UK, with roughly half of the market. According to the New York Times, Wonga put US$1.9 billion in loans on the books in 2012, with a net profit well above US$62.5 million.

How? Based on a typical daily interest rate of 1 percent per day. On the surface, such a number appears inconsequential. However, when various fees are factored in with compound interest, a Wonga payday loan that extends into a year without repayment could have an interest rate as high as 5,853 percent.

Wonga makes online borrowing easy. Lending decisions are made instantaneously based on an algorithm pulling 8,000 pieces of data on borrowers from the Internet, which includes Facebook profiles. Funds can be transferred electronically into a borrower’s account within five minutes of applying for a loan, a process the chairman and co-founder of Wonga Errol Damelin likens to “buying a song off iTunes.”

More PAYDAY LOANS News
Meanwhile, still in the UK, the County Council of Durham is preventing patrons from accessing Internet payday loan sites from its computer network, including libraries. Attempts to connect to an Internet payday loan site will automatically re-direct the patron to a page highlighting local credit unions, and thus more traditional lending with standard interest rates.

Councilor Jane Brown, cabinet member for corporate services, said in comments published in The Northern Echo (11/25/13) that “It’s vital that the Council takes measures to protect residents from becoming trapped in debt and the block on payday loan company websites will ensure local people are aware that there’s a safer way to save.”

Critics have called out the Internet payday loan industry as trading off convenience against exploitation of the poor.