Although the Icy Hot Heat Therapy Patches have been voluntarily recalled, people are still suffering injuries from using the patches. Not all stores have pulled the patches from the shelves and not all consumers have heard about the recall, so some are still buying the patches to alleviate their pain. Richard M. is one such person. 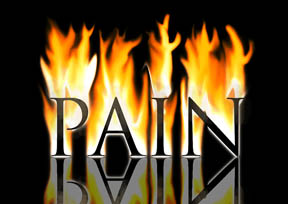 "Basically, I bought the Icy Hot Patch last Thursday [May 8, 2008] because I had back pain," Richard says. "I bought the patch at a local pharmacy and I applied it on Thursday night. I left it on for about four hours. It was fine and I took it off with no problem.

"On Friday afternoon, I got a little pain in my back so I put another patch on. I took it off a little while later and felt a burning sensation in the lower right of my back." Richard did not think anything of the pain and instead went to bed as normal. However, when he woke up the next morning, he realized something was very wrong.

"When I got up, I noticed there was discharge on my sheets. I looked in the mirror and realized that there was a blister that had popped. There was also a large area of redness on my back. It hurt a lot."

Richard went to the doctor where he was told that he had suffered a second-degree burn. The doctor also told Richard that the burn was the result of using the Icy Hot Heat Patch. Richard was given a prescription for some cream to help heal the burn.

"It's scabbing over now," Richard says. "But it really hurt. I think they should put warnings on the patches or it should be taken off the market."

More News
Icy Hot Heat Patches have been recalled, but apparently not all of the stores that sell the patches have removed them from the shelves. The recall was announced after it was learned that people who used the patches developed serious burns to the area that the patch was applied. Some of the burns have caused permanent scarring.

Icy Hot Heat Patches were designed to relieve muscle pain and discomfort. Instead, they have caused many people to suffer severe pain, blistering, and second- and third-degree burns. Some people have even reported having their skin peel off when they took the patch off. The pain caused by the patches is usually much worse than the pain people were trying to relieve.