A Little Less Icy and a Little More Hot

Anytime pain strikes, an Icy Hot patch is supposed to make it all go away, but what some consumers have found out is that the Icy Hot patches they purchased to eradicate their pain actually caused them more pain of a different sort. 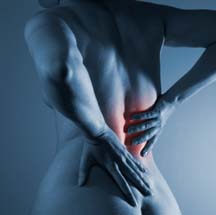 The new Icy Hot Heat Therapy Patches that were introduced in 2006 are supposed to provide pain relief for up to eight hours. The heat provided by the patch is supposed to relax the muscles, which relieves the pain. However, what some consumers have found is that the burning sensation that has been experienced with the patches is not normal. What happens is when the patch is removed; the consumer finds blisters or abrasions.

Doctors believe that the burns are caused by combining the chemical that produces the warming sensation, methyl-salicyclate, and the adhesive patches. However, this theory has not yet been confirmed. The product is air-activated and heats on its own to relieve pain in the joints and muscles. Chattem Inc. did include more information on its label back in September regarding proper use and expanded warnings to prevent misuse of the product after some complaints.

It was after discussions held with the FDA that Chattem decided to go ahead with the recall on the heat therapy products. The company estimates that there have been 1.8 million units sold, but that the problems that have been reported only account for .1% of those that were sold.

The recall has nothing to do with other Icy Hot products, which use a process that is different than the Heat Therapy patches.

As for the financial impact on Chattem Inc., the company is expecting a loss of 20 to 30 cents per share, which means that anywhere from $6 to $9 million could be lost due to the recall. The Heat Therapy line constituted for 2.3% of Chattem's revenue in 2007, which is revenue of $423 million, but less than 1% of their total earnings. The company projected that the Heat Therapy line would constitute for less than 2% of their revenue. Investors, on the other hand, do not feel that their investments will suffer due to the problems with the Heat Therapy patches. The company is still projected to make a profit of $3.97 per share in 2008.

Chattem's shares did open lower due to the recall that was announced on Friday. However, most of the losses were recovered by the stock market's closing time. Other brands that are manufactured by Chattem are performing well.

As for anyone in possession of the Icy Hot Heat Therapy patches, the patches are used specifically for the back or the arm, neck, and leg. It has also been suggested that the burns may be occurring because the patches are being left on longer than 8 hours or some consumers are using the product while sleeping. The patches can also cause harm if used on broken skin, wounds, or the elderly who tend to have sensitive skin. It has been determined that some of the injuries occurred as a result of improper use.

Chattem Inc. suggests that customers return the products to the point of purchase for a refund. As for the samples that were included in the company's 3 oz Aspercreme cartons, those should be disposed of immediately.

If you have suffered burns or blisters after using Icy Hot Heat Therapy patches, please send your complaint to a lawyer who can represent you in a possible [Icy Hot Heat Therapy Lawsuit]. There is no cost or obligation to review your claim.
Request Legal Help Now