A prospective tenant who was denied housing in New Jersey due to a complex rental agreement has won some favor through an appellate court in New Jersey. 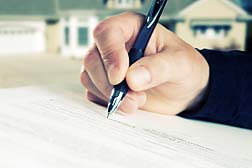 Sunnybrae, which is under the auspices of Tower Management Services, requires that prospective tenants have a minimum income threshold of $28,000 per year for accommodation. Bell failed to meet the income threshold, and her application was denied.

Bell sued Tower Management Services in 2007, alleging that the landlord violated the New Jersey Law Against Discrimination (LAD) by denying housing to tenants whose income falls below the stated threshold but who can afford rental obligations with state-provided assistance.

The following year, a judge in Superior Court dismissed Bell's lawsuit on grounds that the landlord's position was lawful. The court also rejected the plaintiff's assertion that Sunnybrae's minimum income requirement impacted its decision to deny her application.

Bell appealed to the Appellate Division in March.

More HOUSING News
The appellate court came to a different conclusion. A landlord, it said, should only have the power to consider whether or not a prospective tenant can carry their personal rental obligation, regardless of income source. The court found that Tower Management Services' inflexible income threshold violates New Jersey's source-of-income provision and discriminates against those who benefit from state income assistance.

"A liberal interpretation of the LAD dictates that, so long as prospective tenants can demonstrate that they have sufficient income to pay their individual portions of the rent not covered by their rental assistance vouchers, they should not be held to an income standard that bears no rational or reasonable relationship" to their ability to pay, asserts the Division on Civil Rights' amicus brief.

"There was no reason to deny (Denise Bell) the right to rent an available apartment since she had sufficient income to meet her personal rent obligation for that part of the rent not covered by voucher payments."

If you have suffered losses in this case, please send your complaint to a lawyer who will review your possible [Housing Lawsuit] at no cost or obligation.
Request Legal Help Now

Posted by
Judy malloy
on March 12, 2015
I have been denied to an application apartment at in Cumberland , Maryland 21502.
I found the apartment through the local newspaper , apartments for rent section.
Also my friend Cheryl referred me , because she said there is a vacant apartment and the landlord is ready to rent it. When I asked for an application, they denied me an application.