In the world of housing and the relationship between landlord and tenant, one would assume that the building owners would be in the drivers' seat. However, even though the landlord has the deed to the premises, the cost to maintain those premises in terms of debt servicing can be debilitating—and landlords who forget that tenants have certain rights and the capacity to fight back do so at their peril. 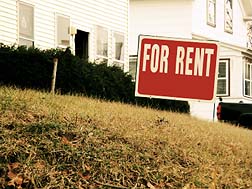 In a landmark decision last Thursday, the highest court in the state of New York ruled 4-2 that the current, and former owners of the massive Stuyvesant Town and Peter Cooper Village complexes in Manhattan must reimburse an estimated $200 million in rent overcharges and other damages.

The decision could cripple the company. In 2006 the partnership of Tishman Speyer Properties and BlackRock Realty paid a record $5.4 billion for the high-end apartment complex near the East River. Cash reserves totaling $890 million have since dwindled to about $24 million. Frank Innuarto, the president of credit rating agency Realpoint, was quoted October 22nd in the New York Times saying there was enough reserve to last until December.

The issue has its roots in the housing boom of 2006 when Tishman Speyer acquired the complex with aggressive plans to convert rent-regulated apartments to market rents by weeding out tenants who did not qualify for rent regulation, in tandem with raising rents on vacant apartments following major renovations.

However, lawsuits were soon launched by nine tenants claiming that Tishman Speyer had improperly raised rents while at the same time collecting more than $24 million in tax breaks.

More HOUSING News
One of the plaintiffs was identified as Evan Horisk, a former tenant who left the complex in 2007 after the landlord triggered a 26 percent rent increase for his two-bedroom apartment that would see him paying $3,350 per month.

The Appellate Division of the State Supreme Court ruled in March that the building owners had improperly raised rents and decontrolled apartments. The real estate industry argued on appeal that the state court had misread the state law and had overturned "15 years of real estate industry practice that had been endorsed by two government agencies with primary responsibilities in this area."

On October 22nd the Court of Appeals disagreed. The ruling, according to the New York Times, could impact the owners of as many as 80,000 apartments across Manhattan who may have improperly raised rents and deregulated apartments while at the same time receiving tax breaks.

Both landlords and tenants will be watching the fallout of this one.

If you have suffered losses in this case, please send your complaint to a lawyer who will review your possible [Housing Lawsuit] at no cost or obligation.
Request Legal Help Now