Most people know Angie’s List as a straight-up and popular resource for getting the scoop on service providers: which ones are good, and those you may want to avoid based on member reviews and other criteria. And members have a lot to say about home warranty insurance. 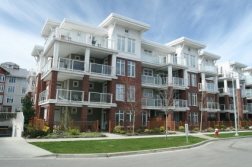 A common theme appears to be that home warranty companies will gladly collect your premiums year after year, but then arbitrarily choose to drop you as a client and decline to renew your policy or contract if service calls become too numerous, or the repairs become too expensive.

To that end, a common complaint about the extended warranty is that the service provider is only interested in covering the consumer so long as they are making a nice profit from collecting premiums, while providing little or no service. Once the service calls start coming and the home warranty provider begins to feel the pinch in their pockets, they’re no longer interested in covering you.

Angie’s List notes that of every category, home warranty and extended warranty insurance tops the list of categories that foster the most complaints. The site does note that in many cases the disenchantment is rooted in a failure to understand the basic structure and tenets of a policy - what is covered and what isn’t, and fees or shared costs that might be applicable.

That said, there are plenty of people who remain displeased over the service from their extended warranty provider.

One respondent noted that a major failure of the air-conditioning system while temperatures soared to 109 degrees Fahrenheit did not illicit a response within 48 hours. Five calls were made to the home warranty insurance provider within 20 hours without a returned call. Beyond the obvious discomfort, was concern for the health of an elderly person living in the home.

Sometimes the little guy has to put his foot down

Sometimes homeowners have little choice but to file a lawsuit when their expectations aren’t met. In Toronto - a city that is in the midst of a condo building boom - one disgruntled owner has hit the developer with a class-action lawsuit over allegedly faulty water valves.

According to The Toronto Star (9/22/14), plaintiff Etienne de Muelenaere noted that units in the 44-story “X Condominium” developed by Great Gulf Homes Limited (Great Gulf) were supposed to have been equipped with regulator valves that kept the water temperature constant regardless of the various demands to water consumption elsewhere in the building. Standard valves will allow the water temperature to react if, say, someone else in the house flushes a toilet in a different bathroom. Standing in the shower as you are, with the water temperature perfectly regulated, suddenly the cold water supply drops and you are met with a shower of very hot water, instantly and unexpectedly.

This can be exacerbated many times in a large building, with potentially serious results. While the developer denies the charge, Etienne de Muelenaere’s lawsuit claims that people have been scalded because pressure-balanced valves were not used when they were supposed to be. de Muelenaere became aware of the problem in January 2012 after he moved into his condo. Complaints to the condo board, as well as to Tarion, the new home warranty program operated by the province of Ontario, failed to achieve results to de Muelenaere’s satisfaction.

More HOME WARRANTY INSURANCE News
With a background in construction, de Muelenaere suspected what the problem was and took matters into his own hands, cracking some of the expensive tiles in his high-end bathroom and replacing what turned out to be a standard valve with pressure-balanced valves. However, when he submitted a claim for his costs to the developer, Great Gulf allegedly failed to respond. Even more frustrating was the fact that four years following the completion of the building in 2010, de Muelenaere could not locate replacement tiles for the tiles he had to breach to access the valve, and had little choice but to replace all tiles with a plastic liner that de Muelenaere suspects will reduce the value of his condo.

The report indicated that the developer has been attempting to figure out a “fix” that does not involve cracking tiles to access the standard valves in the other 416 units. Once can assume that de Muelenaere’s inability to source replacement tiles to match the tiles he had to destroy suggests that the developer would have the same problem and would be looking at completely re-tiling all the units at considerable expense. The same report notes that Great Gulf has been testing a prototype solution and is about ready to move forward.

Posted by
Sarah Houseman
on June 12, 2018
I am at wit's end with my recent purchase! We bought a lawn mower from Home Depot in Leesburg, FL in March. It stopped running in May. I have been getting the run around ever since trying to get it fixed. I called the store and they said I had to contact the manufacturer, Yard Machines. I contact them and they instructed me to send it to Central Florida Mowers to be fixed and they would cover it. When it was fixed we were told it would cost $85 to get it back. So I called Yard Machines back and they said it wasn't covered because of bad gas. I ran the same gas in 2 other mowers with no issues. When I spoke with the supervisor, he said if it were up to him he would take care of the $85 for me, but said that it was actually the motor company's responsibility, Briggs & Stratton. I called them and they said it wasn't their responsibility.
Even the "Supervisor" Chase in Home Depot's corporate phone said that this is not right to do to the customer, but he said he can't do anything.

I have been fighting with everyone for 3 weeks to get this resolved to no avail.

Click to learn more about LawyersandSettlements.com
LawyersandSettlements.com - A trusted, independent legal news provider bringing quality news and information on legal cases and lawsuits filed in the United States of America to its readers since 2002. Over 650,000 legal help requests including Insurance Cases, and Consumer Frauds have been forwarded to lawyers all across to the country.