It’s been a long wait for prospective plaintiffs with home defect issues dating back to as far back as 1999. With a formal request Wednesday to a Delaware bankruptcy court to lift a litigation stay in a long-running Chapter 7 bankruptcy involving builder WL Homes LLC (WL), the plaintiffs hope to launch a home warranty lawsuit and pursue compensation from the builder’s insurance provider. 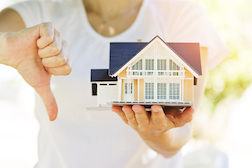 According to Law360 (10/04/17), the plaintiffs are homeowners from California who purchased homes from the Delaware-based homebuilder from 1999 through 2002. The 60-odd homes from this period did not fall under a bankruptcy order issued in 2013 that provided funding for direct claims against the builder for homes constructed in the four years from 2005 through 2009.

The plaintiffs asserted to bankruptcy court in Delaware on October 4 that they would make no effort to pursue direct compensation from the builder, but instead pursue relief from WL’s insurer.

In this case, homebuyers have been unable to pursue claims against the builder due to a filing of Chapter 11 by WL in 2009. Chapter 11 was eventually converted to a Chapter 7 bankruptcy. As part of the original bankruptcy proceedings, homes built from May, 2005 through May 2009 were covered for defects. Homes built before that time, however, were not.

A litigation stay has served to protect WL and its insurer, an AIG affiliate, from litigation. However home warranty lawsuit plaintiffs, led by plaintiff Janine Andor, have formally asked that the stay be lifted so they can proceed with claims. In their plea to the Court, plaintiffs assert they are within the 10-year statute of repose, given that the window had not expired prior to the filing of bankruptcy in 2009 and thus, the clock was frozen.

“The claims to be asserted by plaintiffs are covered by an insurance policy issued to the debtor by, upon information and belief, an AIG-affiliated insurance company,” the plaintiffs indicated.

More HOME WARRANTY INSURANCE News
“Plaintiffs agree to waive their right to recover directly from the debtor, and will only seek recovery from the debtor’s applicable insurance…

The plaintiffs allege design and construction flaws on the part of WL, which was liquidated in Chapter 7. The bankruptcy case is In re: WL Homes LLC, Case No. 1:09-bk-10571, in the US Bankruptcy Court for the District of Delaware.

A hearing for arguments related to the pursuit of claims is scheduled for October 25 in Delaware.

If you or a loved one have suffered losses in this case, please click the link below and your complaint will be sent to a real estate lawyer who may evaluate your Home Warranty Insurance claim at no cost or obligation.
Request Legal Help Now

Click to learn more about LawyersandSettlements.com
LawyersandSettlements.com - A trusted, independent legal news provider bringing quality news and information on legal cases and lawsuits filed in the United States of America to its readers since 2002. Over 650,000 legal help requests including Real Estate Cases, and Insurance Cases have been forwarded to lawyers all across to the country.