One of the big questions facing people who purchase major appliances and home systems is whether or not to get home warranty insurance. The supposed benefits of such insurance are that the extended warranty will cover the policyholder in case the appliance or system breaks down. Unfortunately, some homeowners are learning that having the policy does not protect them from having their insurance claim denied, leaving them out of pocket for the cost of the home warranty and the cost of the repair. 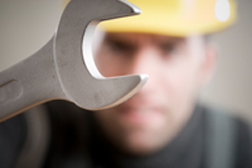 Homeowners are now complaining that they have had legitimate claims denied by home warranty companies practicing in bad faith. These homeowners, who thought they were covered in case something in their home broke down, say they have been left waiting weeks and even months for major repairs, that the repairs have not been done properly or that the wrong parts were purchased for the repair, and that companies have denied repairs citing “previously existing conditions” when no initial inspection of the appliance or system in question was ever carried out. They have also had claims denied for improper maintenance, when no maintenance was required.

“According to them, the floor is ‘secondary damage’ and cannot be covered even though it was due to their negligence,” Sandra writes. “They said that their contract specifically states that they will not cover secondary damage due to negligence.”

More HOME WARRANTY INSURANCE News
Situations like this leave some policyholders wondering if home warranty insurance is worth the cost, especially since homeowners have little or no say in who does the repair or when the repair gets done.

Posted by
Jonny_muscles
on April 26, 2014
Shelving is cosmetic. If you people are so unpleasant as to freak a grown man out enough to call the fuzz, it's possible the problem is with you.
Some people cannot be pleased and cannot be satisfied. Taking your frustration out on some poor tech is just rude.
Posted by
Nick Naz
on February 13, 2014
I am currently going through the same with First American HomeBuyers Protection located in Van Nuys California. They are completely denying to pay for repairs of my HVAC systesm. This is after I have been their customer for 10 years paying them $60/month. Interestingly enough they just raised their monthly to $65 while still denying to service my HVAC.

I will NEVER trust them or any other Home Warranty company ever again.

Posted by
Teresa Stukey
on January 5, 2014
I am not pleased with my Home Warranty Company. For many years they actually approved and paid for services. During the last few months they have either flat out denied/and or did not approve what should have been legitimate claims.

I will be thinking twice about paying the company an annual premium for NO, ZERO, ZILCH services both recent and in the coming years. It would be plain silly to continue to pay for nothing, would it not? ..... I thought so.

By the way, I had to hire a professional to do/redo some work and found out that some of the work done in the past by this same warranty company was not done correctly, was a fire hazard and did not meet code standards. Oddly enough, one of the reasons they use frequently for not approving a claim is that prior work has not been done correctly. (Speaking out of two sides of mouth and can/and will do whatever they want). Oh, well, file under lessons learned.

Hello warranty company! I will not be renewing my coverage. Big surprise...I'm sure.....NOT!
Thanks for putting me and my family at risk all these years, and shame on me for having a false sense of security thinking that you were having quality work done and were being considerate of safety issues. I am lucky my house and all within did not burn down. If I had to put a dollar amount to what I had to pay to get all the issues rectified and the worry I have endured it would be $75,000.00 to $100,000.00.


Posted by
Margaret Crockett
on January 5, 2014
Sears & Roebuck is the worst. We purchased very high end appliances (entire home worth) from a salesman in Dothan, Al. He convinced us we needed the home warranty as well. He was right, we needed it, but the thing is worthless. I have been working for over a year to get a competent appliance repairman out. They have now refused to send anyone. One of the big problems we had from early on is that there are serious cracks in the shelves/inner moulding of the refridgerator. The so called appliance repairman claimed the cracks were only cosmetic which is false & anyone seeing it would see that. My husband came to the back door asking for something when he was last here & I told him what he said & the guy confirmed it. My husband told him that was B.....S..T & he needed to call his supervisor & do his job & get it repaired & then my husband went back outside to work. Instead he called the police on my husband for cursing at him instead of calling the supervisor as he requested & then the guy left with the parts & did not repair it. Then a short time later the police came to our home & beat my husband up in our garage on our own private property to which he had no right to enter & arrested him in some pretty shady ways & took him to jail. SEARS & ROEBUCK now refuses to honor their agreement & send someone out to repair the many appliances that are having problems. We contacted the salesman who stated he would have done the same thing we did & that it does not matter whether something is cosmetic or not, this warranty covers it, offers regular cleaning & maintenance, & finish warranty. Well it does not matter because this is not a cosmetic issue under any far stretch of the imagination. However, the salesman at the Sears store in Dothan, Al claims there is nothing he can do because my husband cursed at the repairman. There should be something that can be done to this company & we should own them for what they have & have not done. My husband still has severe pain & finds it hard to use his left arm after the police twisted it behind his back & beat him up.
Posted by
Stephanie A.
on January 2, 2014
Home Warranties of America (HWA) was a nightmare for us. Only after I fought with them tenaciously for 6 weeks (with no air conditioning through June and July) did they finally cough up a mere $905 to cover an A/C unit that cost me $3500 to replace. We netted less than $400 after subtracting the cost of the warranty and the service call.

HWA had us schedule two different visits with the out-of-state technicians that HWA selected. Both told me the unit should be replaced by HWA, yet HWA said the techs blamed the breakdown on corrosion and therefore was not covered.

Click to learn more about LawyersandSettlements.com
LawyersandSettlements.com - A trusted, independent legal news provider bringing quality news and information on all legal cases and lawsuits filed in United States of America to its readers since 2002. Over 250,000 legal help requests including Insurance Cases, Business Frauds, and Consumer Frauds have been forwarded to lawyers all across to the country.