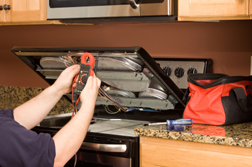 The lawsuit was filed by New York Attorney General Andrew M. Cuomo against National Home Protection, Inc. and three principals, alleging they defrauded customers across the US out of hundreds of thousands of dollars. The lawsuit alleged National Home Protection failed to honor warranties and denied valid claims for fraudulent reasons. Furthermore, an investigation by the Attorney General's office found that the company canceled home warranty plans without reason and did not honor advertised benefits' offers to consumers.

"This company denied homeowners' legitimate claims, deceived consumers with false advertising, and ultimately ripped off customers who paid good money to protect their investment," said Attorney General Cuomo in a news release (04/27/09). "This was an ongoing fraud that systemically cheated consumers across the country." Cuomo cited National Home Protection advertising, which reportedly claimed that customers could enroll with no home inspection and that appliances would be replaced, "regardless of age, make or model."

The Attorney General's office noted that it received more than 340 complaints against National Home Protection from consumers across the US, while more than 950 complaints were filed with the Better Business Bureau.

The lawsuit sought to permanently prevent National Home Protection from operating in New York State and further sought restitution and damages for customers.

According to reports, National Home Protection is no longer in operation. There are other home warranty companies—some still in existence—that have faced lawsuits regarding their practices. These include American Home Shield, First American Home Buyers Protection and Fidelity National Home Warranty. Lawsuits against the companies allege they routinely deny legitimate customer claims.

Click to learn more about LawyersandSettlements.com
LawyersandSettlements.com is an online news and information site for the general public and legal community. As a legal news resource, we have emerged as an independent & trusted voice. We provide detailed and quality information on various lawsuits filed including Financial Cases, Business Frauds, and Consumer Frauds.