Advocates who rail against Harvoni Denied Insurance claims make the point that yes, Harvoni is an extremely expensive drug costing as much as $94,500 for a single round of treatment. However, when compared to the cost of a liver transplant, the Harvoni option is a bargain. 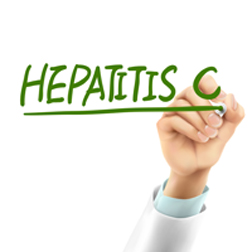 Sally Pipes, President of the Pacific Research Institute, notes in comments published in US Official News (06/21/15) that while Harvoni and a companion drug Sovaldi are expensive, they are inexpensive compared to the cost of covering a liver transplant, which runs in the range of $500,000, assuming a match is available.

“It is short sighted of insurers to deny such treatments,” she said.

Harvoni is a relatively new treatment developed and marketed by Gilead Science and AbbVie that has been found to be 90 percent effective in treating hepatitis C. A companion hepatitis C treatment marketed by the same duo, Sovaldi, approaches Harvoni in both expense and effectiveness. However, Harvoni is hands down the most effective treatment for hepatitis C to date and the medical community is excited to have it available.

However, insurance companies do not appear to be of the same mind, denying many hepatitis C patients the treatment based on grounds that in their view, the treatment is not medically necessary. Such are the allegations in two Harvoni Lawsuits filed against Anthem Blue Cross after allegedly refusing to pay for treatments.

Cost appears to be the factor v. any allegations of perhaps contracting hepatitis C through less-than-innocent circumstances. Indeed, Dr. John Dale Dunn, an emergency physician, notes that hepatitis C can indeed be acquired quite innocently. There are previous cases where patients acquired hepatitis C through blood transfusions, from blood supplies that were not properly screened at the donor level.

“Some people don’t show any symptoms for a long time, and it can be acquired innocently, so you can say innocent people are suffering,” Dunn said.

Dunn added that hepatitis C (which is often referenced as Hep C) causes liver failure and liver cancer, which can result in a slow and painful death.

More HARVONI DENIED CLAIM News
There is little doubt that newer medications are expensive, although there are various investigations underway to determine just why the costs associated with Harvoni are so high. That said, its effectiveness in treating Hep C is solid, according to those in the medical community conversant with the issue.

However, insurance companies are balking at the cost, arguing that use of Harvoni is not medically necessary in a direct contravention of a patient’s own treating physician.

Most health insurance policies contain language that provides for a less-expensive alternative that would achieve the same result. However, both Harvoni and the slightly older Sovaldi are unique, and there are no alternatives. Interferon, a previous treatment option for Hep C, is not considered an alternative. Thus, without alternatives, the only way for an insurance company to deny treatment is to claim that treatment with Harvoni is not medically necessary.

Posted by
steven tanner
on November 30, 2015
I was denied by bcbs in georgia because i did not meet there profile. Stating my liver was not damaged enough not a candidate for a transplant not being a women of child bearing age. My company is switching health carriers dec 1 to aetna any word on them?