While most Harvoni Denied Insurance Claim Lawsuits take issue with insurance companies that balk at approving Harvoni treatment for hepatitis C in spite of medical need, one must only look at the pricing strategy maintained by Harvoni manufacturer Gilead for clues that could lead to another smoking gun. 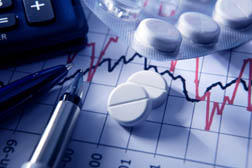 According to the Los Angeles Times (7/28/15), the pricing for Harvoni and companion drug Sovaldi are similar - and prohibitively expensive. Sovaldi is described as running about $1,000 for a single pill, or about $84,000 for a full 12-week regimen. Harvoni is in the same ballpark. The two drugs are hailed by the medical community as miracle drugs, capable of eradicating hepatitis C without the grievous side effects that kept previous patients from seeking treatment in the first place.

There are now, by increasing numbers, 161,000 new hepatitis C patients in 2014 v. only 17,000 the year prior. With a 90 percent cure rate, doctors are favoring Harvoni and Sovaldi for the opportunity to treat hep C early and minimize damage to the liver.

However, insurance companies are with increasing frequency denying patients the opportunity to be treated early, citing liver disease is not sufficiently advanced to warrant treatment. Pundits observe that Harvoni and Sovaldi are designed to mitigate liver damage before it gets too far advanced. By denying treatment, insurance providers are promoting the advancement of liver damage, or so it is alleged.

Regardless of an insurer’s position and denial that often results in a Gilead Hep C Denied Insurance Claim Lawsuit, there is no denying that Harvoni is grossly expensive.

To that end, there are some interesting observations made by the LA Times. For one, the original developer of Sovaldi, Pharmasset, had planned on listing a full 12-week regimen of Sovaldi at $36,000 - less than half what Gilead now charges. Gilead acquired Pharmasset in 2011 for $11 billion.

Second, consider how much a full treatment of Sovaldi - similar to its companion, Harvoni - costs elsewhere in the world: $55,000 in Canada and $900 in Egypt. In the United States, as noted previously, it’s $84,000.

According to the LA Times, Gilead is making huge profit margins in the process. In the first half of this year, Gilead recorded a profit of $8.8 billion on $15.3 billion in sales, a net profit margin of nearly 58 percent. For the full year, the company projects gross profit margins of up to 90 percent.

More HARVONI DENIED CLAIM News
Thanks in part to The Affordable Care Act, which opens up basic health care to more Americans, prescription drug costs were up 12.6 percent in 2014 when compared against the year prior, which increased a mere 2.5 percent over 2012.

Why the jump? Actuaries for Medicare say it’s “a result of expensive new treatments for hepatitis C.”

Harvoni Lawsuits will continue to flow as the result of denied insurance claims. However, a groundswell of questions are coming to the fore as to just why Harvoni and Sovaldi are so expensive - and if that expense is truly reflecting the costs associated with bringing the promising drugs to market or smacks of profiteering.

Plaintiffs filing Harvoni Denied Insurance Claim Lawsuits may consider looking to the manufacturer, as well as the insurer, for compensation.

Posted by
Albert Lynn Wilson
on September 5, 2016
I am a veteran us army i saw a notice that harvoni is too expensive. I also had someone call me from th va, saying they have other treatments. no!!!!!!!!!!!!My appt is september 22 2016 to start harvoni and they better give it to me it does not matter what stage you are in hep c is hep c I have already been told once i did not need it as bad as others. The attorneys in atlanta are dying to get in the vas pockets. The person that called me said we have other meds as well. I said no. So i might as well take my attorney with me on thr 22nd. He defended Ray Lewis pro football in a murddr trial. So im sure he can take on the va.
Posted by
Marcia
on January 13, 2016
Has anyone gotten harvoni through kaiser
In the San Francisco Bay Area?
If so name of ur kaiser doc

Posted by
Peg
on November 29, 2015
I was approved for treatment only after I was in san Francisco getting a liver transplant evaluation. To the comments above that's what I do believe the article is about. Harvoni has knocked the virus out so far, but I still have to live with liver damage "decompensated liver"
Posted by
Janet
on November 25, 2015
Many people have gotten Harvoni for a $5/bottle copay and there are several organizations that help with the difference of what insurance covers and the balance.
As far as the claim about the cost of expensive Hep C drugs and the jump in Medicare, I was told the price of Medicare has nothing to do with the increase in coverage for Harvoni or Sovaldi. These expenses are covered in the Prescription portion of medicare.
I think the writer needs to do more research before they start pointing fingers.

Posted by
Bruce
on November 24, 2015
The writer needs to educate himself on the price of Sovaldi and Harvoni. With insurance, both cost less than 50k.