The Predatory Pricing Policy of Harvoni as a Modern-Day Scrooge

In the wake of a congressional inquiry into prices and pricing strategy inherent with hepatitis blockbuster drugs Harvoni and Sovaldi, comes damning insight into the workings of a manufacturer pricing a drug through the stratosphere - its expectations for a backlash and its plan for damage control. The revelation should provide added fodder for plaintiffs and their attorneys embroiled in Harvoni Lawsuits. 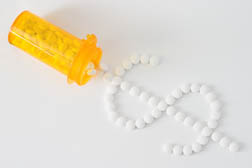 Harvoni and its immediate predecessor Sovaldi are both manufactured and marketed by Gilead Sciences Inc. (Gilead) and are designed to treat and eradicate hepatitis C. Previous drugs have not been nearly as successful, and an outright cure for hepatitis C has been elusive. Harvoni and Sovaldi have come closest to delivering a complete cure, with outstanding success rates. Some doctors have hailed the dynamic duo as miracle drugs.

But it comes with a cost: $84,000 for Sovaldi and $94,500 for Harvoni. That money pays for one full treatment regimen each, lasting about 12 weeks. While such pricing strategy has resulted in massive revenue for Gilead ($10 billion in combined revenue based on US sales alone for the first nine months of 2015), insurance companies have been balking at the cost and denying patients the opportunity for treatment. Harvoni Denied Insurance Claim Lawsuits have followed.

Pundits suggest plaintiffs might do well to turn their wrath against Gilead, based on reams of documents recently made public in the wake of the congressional hearings.

Some 2,000 pages of documents were procured to facilitate the Senate Finance Committee investigation overseen by Senators Chuck Grassley (R-Iowa) and Ron Wyden (D-Ore.). According to Wyden, at a press conference earlier this month, “the documents show that it was always Gilead’s plan to maximize ... revenue, and that affordability and accessibility were pretty much an afterthought,” the Senator said.

More HARVONI DENIED CLAIM News
While there was no information as to whether or not Gilead released the true production cost of each pill v. the usual retail price of about $1,000 and up per pill, documents show that Gilead was preparing for a massive backlash on pricing. Two weeks prior to the approval of Sovaldi in November 2013, the then-executive vice president of the firm warned colleagues in an e-mail against folding to advocacy pressure. Color-coded charts were issued for study within the firm. Those charts attempted to forecast the reaction of stakeholders to what has since been described as predatory pricing of Harvoni and Sovaldi - with chart sectors attempting to predict whether patients and stakeholders were “likely” or “very likely” to react negatively to the pricing.

Gilead also predicted that the firm’s pricing of Sovaldi (and subsequently Harvoni) would trigger a congressional inquiry. That inquiry came to pass.

Following release of the documents earlier this month, Gilead issued a statement confirming its belief that it had priced Sovaldi and Harvoni “responsibly and thoughtfully.”

Anyone currently litigating or considering a Gilead Hep C Denied Insurance Claim Lawsuit might well consider the thoughtful and responsible way in which important drugs are priced at over $1,000 per pill - pricing that foretold countless balks on the part of insurance companies and Medicaid to deny needed treatment.

Posted by
Pete Kurlas
on January 28, 2016
Thousands of convicts in prison are receiving Harvoni treatment on the US Government. Are we to assume that because the government is willing to pay the exorbitant cost of this medication the Drug co. has no reason to lower the cost to the general public?...Why lower the cost when the government is buying the treatment for thousands of criminals no questions asked....
Posted by
Michael Pinson
on January 14, 2016
I have been denied treatment for Harvoni from Medical Mutual even though I have liver damage and I am in a high risk category because I am sure I caught HEP C from the military. I was in the Vietnam era. 1971-1974.. I see that most insurance claims are denied unless you have severe liver damage although the drug is supposed to cure a person BEFORE they get liver damage. It appears they want a person to die first so they don't have to fund the medication for the full term of treatment. That and the predatory pricing, or gouging, of people who need it is INSANE. Talk about GREED...!
Posted by
Ellis Mirsky
on January 10, 2016
Easy solution: revoke patent and trade secret protection for drugs determined to be priced at predatory levels and require disclosure to the public. Then generics come into the market and price the drugs competitively. The only way predatory pricing can exist is with government protection of secret or patented methods or formulations. Remove that from offending manufacturers and problem solved.