A Gilead Hep C Denied Insurance Claim Lawsuit recently filed in California state court appears to be a template for an issue expected to dominate discussion and debate: what role does an insurer have in treatment decisions, and how much of a factor does cost play? In a world of generics where insurers have less costly alternatives available, some treatment options are unique and without peer. If that treatment happens to be expensive, but there is no alternative, does an insurer have the right to deny treatment through a peerless treatment option, simply due to the expense? 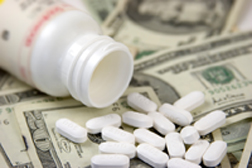 That appears to be the base argument in a lawsuit that could precede other Harvoni lawsuits with regard to an expensive, relatively new but highly effective treatment option (according to reports) for hepatitis C (Hep C).

The most recent Harvoni Denied Insurance Claim lawsuit has been brought by plaintiff Shima Andre against Anthem Blue Cross (Anthem) and filed May 15 in California Superior Court. According to the plaintiff, who hails from West Hollywood, there is nothing in the explanation of benefits for her policy that suggests Anthem has the right to withhold a treatment option due to the expense. Rather, the Harvoni lawsuit holds that Anthem simply requires that a drug be medically accepted and approved, and not costlier than comparable drugs.

Which it isn’t, because there is really nothing comparable. Harvoni was approved by the US Food and Drug Administration (FDA) in mid-October of last year, and held so much promise that doctors began prescribing Harvoni to their patients almost immediately. The developer and manufacturer of Harvoni, Gilead Sciences Inc. (Gilead), achieved sales of more than $2 billion for 2014, in a little more than 10 weeks.

There is no question Harvoni is expensive, at about $1,000 per pill or just under $100,000 for a 12-week treatment program. Harvoni is an advanced version of Gilead’s Sovaldi, which is also expensive, but also highly effective.

Insurers have been concerned that such expensive drugs, with no alternatives, could succeed in driving up the cost of premiums.

However, that is not the concern of the plaintiff, who maintains Anthem should honor the various clauses and commitments in the insurance policy of approving and undertaking a treatment option provided the treatment is medically accepted. Whether or not Harvoni is costlier than it needs to be is of no concern to the plaintiff.

More HARVONI DENIED CLAIM News
Anthem, the complaint says,
“applied a more restrictive test...in an effort to increase company profits by limiting the number of patients who would qualify for this life-saving medication.”

The denial letter that Anthem sent to Andre “does not cite to any provision of the [explanation of benefits] in support of this standard,” according to the Gilead Hep C Denied Insurance Claim Lawsuit.

Plaintiff Andre also asserts in her California state Harvoni lawsuit that physicians employed by Anthem to review her appeals lacked expertise in treating Hep C. Her lawsuit suggests that Anthem has decided to restrict treatment with Harvoni in patients with advanced liver scarring from Hep C.

The case is Andre v. Blue Cross of California et al., Case No: BC582063, in the Superior Court of the State of California, County of Los Angeles.

If you or a loved one have suffered losses in this case, please click the link below and your complaint will be sent to an insurance lawyer who may evaluate your Harvoni Denied Claim claim at no cost or obligation.
Request Legal Help Now