More GEORGIA EMPLOYMENT LAW News
The Occupational Safety and Health Administration (OSHA) has levied a fine of more than $62,000 against a cotton manufacturer for allegedly violating Georgia labor laws in the September 2010 death of a worker in the town of Lavonia, the Atlanta Business Chronicle reports. 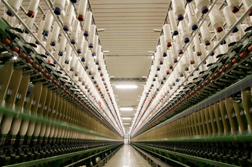 According to the news provider, Parkdale America was fined for 16 alleged safety and health violations after a worker reportedly fell from a ladder while fixing a spinning machine. OSHA cited the North Carolina-based company for one serious safety violation for allegedly not ensuring that rubber feet were installed on the bottom of the ladder.

Other serious safety violations allegedly included not having an adequate washing station to handle corrosive materials and failing to provide proper electrical outlets to be used in conditions that were wet or damp, the news source said.

News Channel 7, a CBS affiliate in North Carolina, reports that the company has 15 days to comply, ask for a conference with OSHA's director in the area or contest the fine.