Contractor to US Government Cited for Equal Pay Violations, Settles for $1.2 Million

A group of women employed by LexisNexis Risk Solutions in the state of Georgia will share in a $1.2 million settlement alleging pay discrimination due to gender. The 185 women in Georgia will be joined by 26 workers in Florida receiving back pay stemming from gender discrimination, a violation of Georgia employment and federal laws. 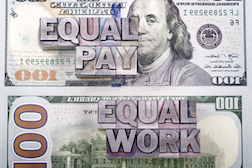 The issue at the heart of the Georgia lawsuit stems from two investigations conducted by the US Department of Labor and its Office of Federal Contract Compliance Program (OFCCP). The defendant is identified as a contractor to the federal government, and as such is required to abide by various policies and executive orders which dictate, and bind the conduct of entities providing services to government.

Specifically, the defendant is identified as providing risk analysis to government agencies and companies in sectors encompassing, but not limited to finance, insurance and nonprofit. LexisNexis, which is a subsidiary of RELX Group, noted in a statement that the investigations and subsequent settlement was not founded upon any specific complaints from employees, but rather “derived from statistical analysis conducted by the agency,” said LexisNexis Risk Solutions Vice President of Corporate Communications Megan Mahoney. “The company disagrees with the OFCCP’s findings and does not believe it violated any federal laws.”

Entities providing services to government agencies are not allowed to discriminate based on gender in any fashion, including pay. During its analysis, the OFCCP found that LexisNexis had paid 26 operational leadership workers “substantially less” than their male counterparts doing the same job under the same title.

Similar findings were uncovered at the Georgia office, located at Alpharetta – only this time, more workers were involved. The investigation by the OFCCP found that no fewer than 185 women at the Georgia location were paid less than their male counterparts for the same work in operational leadership roles. The OFCCP noted a “significant difference” between rates of pay, even beyond accounting for various legitimate factors impacting levels of compensation.

More GEORGIA EMPLOYMENT LAW News
The OFCCP, in its investigation of the Florida rates of pay and the Georgia labor compensation found that the defendant had violated Executive Order 11246 with regard to equitable rates of pay. “It is unlawful for federal contractors to discriminate in pay on the basis of sex,” acting OFCCP Director Thomas M. Dowd said in a statement. “Through this settlement, the affected class members will be compensated for their losses.

“We are pleased that the contractor worked cooperatively with us and has agreed to review and revise pay policies and procedures as necessary,” Dowd said.

LexisNexis admitted to no wrongdoing in the Florida and Georgia labor law issue. Mahoney, speaking on behalf of LexisNexis, noted that the contractor settled the dispute in order to “avoid committing additional time and resources for continued legal proceedings.”

LexisNexis has agreed to monitor its pay practices and review how it pays workers each year while the conciliation agreement is active.