More GEORGIA EMPLOYMENT LAW News
Carolina Skiff, a manufacturer of fiberglass boats, was cited and fined more than $95,000 recently for violating Georgia labor law, according to a release from the US Department of Labor. 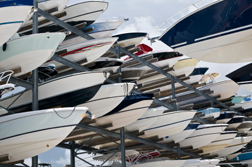 According to the release, the alleged violations included the company's use of unapproved equipment, a lack of exit signage and failing to properly train workers. The Occupational Safety and Health Administration (OSHA) issued six repeat citations as well.

"Carolina Skiff continues to leave its employees at risk of serious injury or illness by failing to implement the proper safety and health protections," said Robert Vazzi, OSHA's area director in Savannah.

In addition, the company also received three "other-than-serious" health citations with a proposed $990 in fines for not posting an OSHA noise standard at its operations and failing to conduct air testing during the increased production of stainless steel, the release said.

Carolina Skiff is headquartered in Waycross, Georgia, and was founded in 1990, according to the company's Web site.