The FDA has approved a new dosage strength of Fosamax Plus D, despite an avalanche of lawsuits related to Fosamax and concerns among health advocates. Hundreds of lawsuits have been filed related to Fosamax, Merck & Co.'s best-selling drug and one of the most prescribed drugs to increase bone density in patients with osteoporosis. 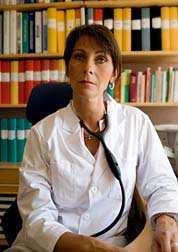 "The lawsuits claim Fosamax side effects can lead to osteonecrosis, or bone death, in the jawbone. Lawsuits allege that Merck knew about the side effects but withheld that information from the public.

Doctors wrote 22.4 million prescriptions for Fosamax in the U.S. last year, according to IMS Health.

According to the National Institute of Health, most Americans get an adequate amount of Vitamin D through sunlight and fortified foods. Its website states: "Ten to fifteen minutes of sun exposure at least two times per week to the face, arms, hands, or back without sunscreen is usually sufficient to provide adequate vitamin D."

While a certain portion of older adults may benefit from supplemental vitamin D in terms of their bone health, many physicians recommend simple changes rather than prescription drugs. For example, Sandy, age 64, said: "My doctor told me to make dietary changes and take vitamin D. I said, do I need a prescription? He said no, you can get [vitamin D] off the shelf at Walgreen's. He just wrote down how much I should be taking, so I don't take too much."

Sandy's doctor has chosen the natural route. But will other doctors choose to prescribe Fosamax in place of basic dietary and lifestyle changes or over-the-counter vitamins? Will more patients feel the pressure from their doctors to take Fosamax because it contains Vitamin D?

Physicians Speak Out
The possible connection between Fosamax and osteonecrosis was made about seven years ago, when oral surgeons and dentists began noticing a higher incidence of jaw decay in those taking Fosamax. The American Association of Endondontists recently issued a statement recommending that dental surgeons should check on whether patients take Fosamax prior to working on their teeth.

"Many people believe that these drugs are 'bone builders,' but the evidence shows they are actually bone hardeners," wrote Dr. Susan M. Ott in the Annals of Internal Medicine in 2004, pointing out that they depress "the bone resorption rate as well as the bone formation rate" and "bones could become brittle with long-term accumulation."

Salvatore Ruggiero, chief of oral surgery at the Long Island Jewish Medical Center in New York, notes that of the 155 osteonecrosis cases he has come across, 22 involve patients who were taking Fosamax and other oral bisphosphonates. Some of these patients took Fosamax for seven or eight years. "With drugs like Fosamax, exposure time is the key," Dr. Ruggiero said.

More News
With impending litigation, critics wonder if Fosamax will go the way of Vioxx, a former Merck best-seller. With tens of thousands of lawsuits, the company spent about $500 million on legal costs for Vioxx in 2006.

Merck & Co. says it has put aside $48 million to set up a defense fund for cases alleging that Fosamax caused osteonecrosis.

If the situation becomes like that of Vioxx, there is also the possibility of future product recalls, especially since, as the Wall Street Journal reports, data from the FDA's bisphosphonate safety review showed a much higher rate of osteonecrosis with Merck's drug than with other similar drugs.

If you have taken or are taking Fosamax, meet with your doctor to discuss the risks. If you feel that you may have been injured by Fosamax, it is recommended that you seek the advice of a lawyer as well as your physician.

If you or a loved one has suffered from ONJ after taking Fosamax, please contact a [Fosamax Lawyer] who will review your case at no cost or obligation.
Request Legal Help Now