In what is fast becoming one of the most sensational food recall stories of all time, it has been reported that the Federal Bureau of Investigation (FBI) raided a manufacturing facility in Blakely, Georgia owned by Peanut Corporation of America (PCA) fingered in the peanut butter salmonella case. The raid was likely conducted in concert with a criminal investigation. Federal authorities sealed off the plant on the morning of February 9th. 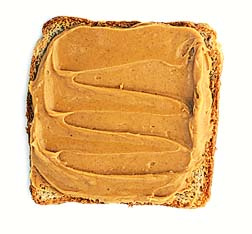 While the death toll remains at 8, the impact to health and commerce is going off-scale. At last report, more than a thousand products have been recalled and, depending upon which reports you believe, thousands have been taken ill. Conservative estimates hold that more than 600 illnesses across 43 states have been linked to peanut butter salmonella stemming from the Blakely, Georgia facility.

However, a report carried in the New York Times yesterday put that figure at 19,000.

The details make for compelling, and disturbing reading. Various reports have surfaced during this salmonella scare that PCA peanut butter, and peanut paste product tested positive for salmonella as far back as 2007, but that the company allegedly participated in 'lab-shopping,' whereby product is tested, and re-tested at various labs until a test comes up negative. With that negative test in hand, then company is alleged to have shipped the product, knowing that it may contain the vilified salmonella.

Various inspectors, both federal and at the state level, are said to have inspected the facility and either missed glaring red flags, or passed them anyway. The US Food and Drug Administration (FDA), upon inspecting the plant after the salmonella peanut butter recall was announced, found mold on the walls and ceiling, and a leaky roof. One former employee stated that the company had attempted to fix the roof previously, but that it still leaked.

There were also reports of roaches at the facility, together with an allegation for rodents. A swab taken of the floor tested positive for salmonella, a bacteria that is often found in human and rodent feces.

There are other troubling revelations. Last April, Canadian officials found metal shavings in peanuts produced by the plant. As reported in the New York Times yesterday, a new manager granted raises, stepped up cleaning protocols and tightened safety controls. However, given the allegation that PCA had been shipping salmonella-tainted product since the previous year—2007—any recent overtures would be like putting a finger in the dike.

Prior to the raise in pay it was reported that many workers, now out of a job with the plant closed, were paid only minimum wage. Temporary workers were often employed, suggesting that workers may not have been conversant with safety protocols inherent with PCA, or generally followed in the industry.

A fresh effort at cleaning and the tightening of safety protocols pales in comparison to the makeover at ConAgra, which was hammered by a massive food recall several years ago—ironically, with its Peter Pan peanut butter sold at retail. In its wake the company has re-invented itself where it comes to food safety and systems protocols.

Workers are no longer allowed to don uniforms at home, lest they transport contaminants into the plant. Jars coming off the production line are sampled every 20 minutes, and employees have a rigid set of 80 rules to which they must comply before beginning their workday. ConAgra spent $33 million, it was reported in the New York Times, to eradicate water leaks, airflows that could carry contaminants, and other threats.

Assuming there was mould found in the Blakely plant as reported, suggests a damp environment. Salmonella is said to thrive in water, and do well in damp conditions.
There were other cracks at the plant through which any safety protocols fell, including the storage of raw peanuts next to finished peanut butter.

It should be noted that PCA imported a lower grade of peanut, much of it from Mexico and South America. Couple that observation, with a recent discovery by Canadian officials that a black, smelly mass was interwoven into a load of PCA peanuts exported to Canada, and one understands the potential for the spread of salmonella from raw peanuts, to finished product, if the products are stored together in an environment that is not bone dry.

While PCA is under the microscope right now, so too is the nation's system of checks and balances for food safety. They are sadly lacking, and the ConAgra problem of a few years ago provides an excellent illustration.

In 2004 a whistleblower reported that ConAgra had found salmonella in peanut butter manufactured at its plant in Sylvester, Georgia—which is about 75 miles away from Blakely. However plant officials declined to release the lab tests, which under current law, is within their rights. The FDA has no mandate or authority, in normal circumstances, to demand such information. It's up to the food manufacturer to voluntarily release it.

Thus, the FDA did not pursue the matter for 3 years, and was only provided with documentation after hundreds of consumers got sick after eating salmonella-tainted peanut butter in 2007.

In the case of PCA, the only way the FDA was able to obtain testing records was to invoke a request through bioterrorism legislation.

What they found was that PCA peanut products had tested positive for salmonella 12 times since 2007. Even so, plant managers were found to have not cleaned processing equipment after salmonella had been found. Roasters were found to generate a less-than-adequate temperature for eradication of salmonella bacteria.

And to vilify PCA, one must also vilify the inspection industry, and the governments that fund them. Georgia state inspectors ran the regular inspections on behalf of the FDA under contract, but the state authority was woefully understaffed. One inspector had 310 facilities to monitor at the time she retired.

Thus many of the problems found by the FDA at the PCA facility in Blakely, had been either missed by the state inspectors, or overlooked due to lack of manpower.

The most recent state inspection of the PCA plant was October 23rd of last year. The report revealed mildew and dust in a storage room, and the re-use of shipping bags.

Just a few short months later, federal inspectors found many more problems. People have died, others have become sick. More than 1000 products have been recalled, an initiative that is now worldwide. The plant is closed, a criminal investigation has begun, and now the FBI is involved.

At the end of the day there will be lawsuits. However, PCA is just one of the culprits, and could very well be just one defendant, of many. For the lack of oversight at the federal, and state level must bear some form of responsibility in this mess. When a federal regulator has to invoke bioterrorism law in order to acquire testing records from a manufacturer making consumable goods ingested by the wider population, there is something wrong. To rely on a state inspection structure that is overworked and under-funded, is both foolish and irresponsible.

More Food Supplements News
And the failure to use the failings, and then rebirth of a competing manufacturer as a template for change, is beyond belief. It has been said that the problems found at the ConAgra plant in Sylvester pale, in comparison to what is alleged to have been found at PCA in Blakely, just 75 miles away. But no one said, "Gee, maybe we should check the other peanut plants in the area, to see if they comply. To see if there are lessons to be learned from the ConAgra problem, which was fixed. Perhaps there are another plants that need fixing, too."

The Obama Administration and Congress have vowed to address oversight of the nation's food supply. Until that happens, Americans sickened by peanut butter salmonella and have incurred costly medical bills would be well advised to consult a qualified attorney.

Lawsuits are a given, and there should be no shortage of defendants…

Posted by
Phong Tran
on August 5, 2016
Wow
Posted by
Jenny Lambert
on August 10, 2013
what is going on with the lack of oversight and criminal investigations