Between Slips, Falls and Dog Bites, Consumers Need to be Wary

A Florida consumer has launched a Florida premises liability lawsuit against a Wal-Mart store in Orlando, alleging she was injured due to a problem with the flooring in the store. The Florida slip and fall lawsuit was filed in May. 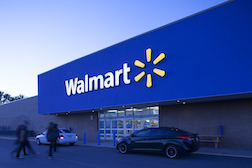 According to the Florida Record (06/15/17), plaintiff Carmen R. Rodriguez was shopping in the defendant’s premises October 25 of 2013, when she encountered what was described as a transitory substance on the floor that caused her to slip, and fall.

Garcia, through her Florida slip and fall attorney, requests a trial by jury and seeks judgment against defendants for damages of more than $15,000, plus interest and costs. The Florida premises liability lawsuit is Garcia v. Wal-Mart Stores East LP, Case No. 17-CA-4691, in the Ninth Judicial Circuit Court of Florida, Orange County.

Meanwhile, dog bite law in Florida is another sector of law about which dog owners in the Sunshine State must remain conversant, and vigilant with their pets. WFTS ABC Action News (07/11/13) in Tampa Bay reminded their viewers that dog bites in the state of Florida costs pet owners as a group more than $7 million each year in fines and court costs. Some serious attacks, and subsequent dog bite injury, can land a pet owner in jail.

WFTS quoted Mina Morgan, at the time identified as an expert in Florida animal law, as saying dog bite laws in Florida are typically unfriendly to dog owners, favoring instead dog bite victims. Morgan noted that in many states, owners of dogs that attack, or inflict a bite to another dog or individual are only liable for the injury if the dog owner had prior knowledge their dog was dangerous.

Morgan told WFTS that dog bite law in the state of Florida is a different animal. “Even if you have no idea your dog might behave dangerously, if your dog bites someone, you’re going to be liable,” Morgan said.

In one example, a Florida woman walking her dog saw her dog attacked by that of a neighbor. The dog attack caused the plaintiff to fall, and break her wrist. In a formal complaint before a session of ‘animal court’ in Hillsborough County, the plaintiff asked the judge to levy a fine against the owner of the dog suspected of the dog attack.

The defendant argued that her dog was not aggressively chasing the plaintiff’s dog, and that no actual bite took place. The judge however sided with the plaintiff and fined the defendant $500. The defendant was also ordered to enroll her dog in obedience training, and to have the dog microchipped.

More FLORIDA PREMISES LIABILITY News
The dog suspected of the attack was also issued a citation as a ‘vicious dog.’ Such a citation, under dog bite law in Florida, suggests that any further incident could result in a dog being confined indoors, or put down if the subsequent incident is sufficiently serious.

Morgan told WFTS that “the best thing to do on your property, if you have a dog, no matter how sweet the dog is, put up a ‘bad dog’ sign. That can protect you if someone comes on the property that is not a guest of yours and gets harmed,” Morgan said.

She also suggested owners should avoid bringing their dog into potentially dangerous situations, such as restaurants, bars, or interacting with children.

It was suggested in the WFTS report that the average cost of a dog bite claim put through insurance in the State of Florida, was $29,752 in 2012.

Posted by
Mark E Sharafinski
on November 5, 2017
I used to work for Walmart. I had an episode that put me out of work for over a week; In the pharmacy washroom, the OSHA/ADA toilet support bar came off the wall when I was trying to get off the toilet. I found myself on the floor and hit my head (on either the washroom sink or floor).
I'm not sure if you have had other people encountered a similar situation in a Walmart public washroom. The apparently use the same type of mounting; drywall screws run to the far outside of the holes in the mounting flange.