Snakebite Victim Waits While Insurance Companies Duke it Out in Court

The legal machinations involving three insurers duking it out in court over Florida premises liability is overshadowing the suffering of a Florida woman who has undergone various amputation procedures involving her lower extremities following a snakebite on the grounds of her Miami-area condo. 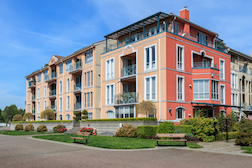 Patricia Young was a resident of Silver Shores, a condo complex on the outskirts of Miami. Young was attempting to egress, or leave her condo unit one day in the summer of 2015 when she sustained a snakebite to one of her toes from a water moccasin, a poisonous snake.

The aftereffects of the bite left Young “severely injured,” according to a premises liability lawsuit she filed a year later, in the summer of 2016 – and at a time when the long-term aftermath of her injuries had become apparent. The plaintiff was required to undergo “multiple amputations of her lower extremities,” causing “totally debilitating permanent injuries” to the plaintiff.

According to court documents, Young and other residents of the complex had repeatedly made overtures to Silvers Shores Master Association Inc. – the condo association – as well as to KW Property Management LLC, the property manager, about the snake problem. Both Silver Shores and KW Property Management are named in the lawsuit brought by Young’s Florida premises liability lawyer. Young’s complaint asserts that residents “repeatedly complained” to both the association and the property manager about the “infestation” of highly poisonous and “vicious” snakes on the grounds of the complex. However, the lawsuit asserts that neither the condo association nor the property management firm made any lasting attempt to rid the complex of snakes, and to protect the residents from snakebites.

Meanwhile NTIC, FCCI and Greenwich are locked in a three-way legal battle over which one of them – if either – carries any liability beyond Scottsdale, and are arguing over language in the various policies. Earlier this month NTIC and FCCI filed a Florida premises liability lawsuit against Greenwich, alleging that Greenwich is the next in line – of the three remaining insurers – as to obligation for payout of excess insurance.

More FLORIDA PREMISES LIABILITY News
“FCCI and NTIC are in doubt as to their rights and obligations under the policies and seek a declaration from this court as to how to proceed,” the insurers write. They “request this court to declare that Greenwich is the primary excess carrier for KW for any coverage in connection with the losses arising out of the incident as alleged by Young.”

The plaintiffs in the insurance lawsuit filed in early August assert the order of coverage should go Scottsdale, Greenwich, FCCI and finally NTIC. Scottsdale, the primary insurer, has already agreed to payment. The injured plaintiff in the original premises liability Florida lawsuit, Patricia Young, rejected the offer – signaling that she is not satisfied with a single payout by a single insurer, when there are three other insurers involved.

The insurance lawsuit is FCCI Insurance Co. et al. v. Greenwich Insurance Co., Case No. 0:17-cv-61570, in US District Court for the Southern District of Florida.

Click to learn more about LawyersandSettlements.com
LawyersandSettlements.com - A trusted, independent legal news provider bringing quality news and information on legal cases and lawsuits filed in the United States of America to its readers since 2002. Over 650,000 legal help requests including Personal Injury Cases, and Real Estate Cases have been forwarded to lawyers all across to the country.