More FLORIDA EMPLOYMENT LAW News
A state lawmaker is looking to create a Florida labor law that would require those who are unemployed to volunteer in order to receive their unemployment checks, Fox News reports. 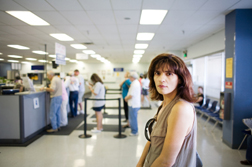 Republican State Representative Kathleen Passidomo reportedly introduced the bill, which would force the unemployed to volunteer at a non-profit organization for at least four hours per week, according to the news source.

"This may be a way to energize people to find a job," Passidomo told the news provider.

The potential unemployment legislation comes as the Orlando Sentinel reports that Florida's average weekly jobless benefit is just $232, which is the 47th lowest in the country.