When the American Association for Justice (AAJ) put out its Top 10 List of worst insurance companies in the US, critics of Unum insurance were not surprised to find Unum named as the second-worst insurance company in America behind Allstate. And blogger Linda Nee writes that it's operational undertakings like systematic requests of policyholders by Unum for ERISA extensions to facilitate reviews of disability insurance claims on appeal, that lend itself to such a reputation. 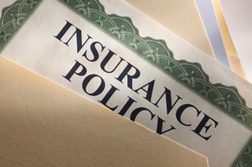 The former Unum Group employee writes in Linda Nee's Blog (7/2/12) that while Unum has every right to request an extension of ERISA appeal timelines—and policyholders have every right to grant it—the fact remains that such an extension is not required, and a policyholder has no obligation to do so. In fact, Nee suggests, the strategy behind the request for an appeals extension under ERISA is to grant Unum more time to pursue outside medical opinion that may assist the insurer in making the case for a claim denial.

One respondent to Nee's most recent post noted that she felt pressured when Unum insurance requested an extension of an ERISA deadline. She granted Unum's request, "fearing if I did not they would just deny my claim," the respondent, writing as 'Alice,' noted.

The former Unum Provident has weathered a long reputation for unscrupulous attempts to deny claims, an allegation Nee knows all too well. As a former employee working on the inside for many years, Nee claims to have seen first-hand the various attempts by Unum—also known at one time as First Unum—to deny legitimate claims.

Another Unum victim identified by the AAJ in its report of the worst insurance companies in the nation is Debra Potter. A former financial services worker, Potter had Unum long term disability insurance and erroneously thought her policy would cover her when she suddenly was diagnosed with multiple sclerosis.

However, Unum denied her claim, suggesting Potter's symptoms were "self reported." Potter's physician countered, "There is no basis to support that her complaints are anything other than legitimate." And yet, Unum continued to deny Potter's claim for three years until Potter finally had had enough, hired an attorney and threatened an Unum lawsuit.

More UNUM News
Unum paid the claim. As a post script, it should be noted that Potter had, for years, vended Unum insurance policies in good faith to her clients as part of her financial services job.

In another Unum disability case highlighted by the AAJ, a 43-year-old man required quintuple bypass surgery and the placement of several stents in his arteries in order to survive. His doctors ordered him to stop working. Unum countered that in its view, the man was not disabled and could still work. On appeal, the US 9th Circuit Court of Appeals would suggest that such a view would defy medical science.

Knowing that Unum is one of the largest providers of insurance products in the world, consumers purchase Unum life insurance and other disability products in good faith. Critics of Unum, however, decry the provider's apparent preference to systematically deny claims as a means to protect its bottom line, deferring only for the threat of an Unum lawsui

Posted by
cheryl Tallungan
on April 30, 2016
Unum scammed me two years ago after i signed up for coverage in the event I had gotten ill. Their sales reps are very deceitful. After being diagnosed with congestive heart failure with my heart only working at 20 percent they denied my claim stating i had to be on a transplant list.this was never told to me when i signed up. At 54 who would expect tgat. My place of employment could not provide me with a copy of the policy and unum NEVER sent one once my enrollment was complete. This company lies and cheats people out out of their money. Buyer beware. Google them...worst company ever

Click to learn more about LawyersandSettlements.com
LawyersandSettlements.com is an online news and information site for the general public and legal community. As a legal news resource, we have emerged as an independent & trusted voice. We provide detailed and quality information on various lawsuits filed including Insurance Cases, Personal Injury Cases, and Securities Fraud Cases.