So many questions, so much litigation fatigue

The Dignity Health ERISA lawsuit has been exhaustively litigated since 2013, but now appears close to settlement. The proposed settlement in Rollins v. Dignity Health, which still requires final approval by the Northern District of California, would require Dignity Health to add $50 million in retirement plan funding in 2020 and at least $50 million in 2021. In addition, Dignity Health must not reduce participants’ accrued benefits because of a plan merger or amendment for 10 years. Dignity Health has also promised to fund the plan until 2024, making the minimum contribution recommended by actuaries to the plan. 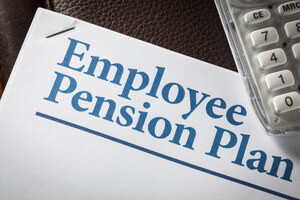 The lawsuit, which has wound its way from California federal courts, up to the U.S. Supreme Court and back, raises a virtual encyclopedia of important issues with ERISA class action settlements, especially in the context of defined benefit pension plans. The settlement answers virtually none of them.


WILL THERE BE ENOUGH MONEY TO PAY RETIREMENT BENEFITS WHEN DUE?


That is the fundamental question that participants in the Dignity Health Pension Plan ask. They fear that there will not be enough because of a history of underfunding. Plan participants claim a shortfall of $1.8 billion.

The question is unique to defined benefit plans that require annual funding sufficient to provide retirees with a specific lifetime benefit at retirement age. It is the benefit that is defined – usually in some form like x dollars per month for life beginning at normal retirement age. A defined contribution plan, of which 401k plans are a popular variation, defines the periodic contribution that may or must be made by participants and sometimes employers. The participant will receive whatever benefit that sum will buy at retirement.

How plan sponsors determine what they must contribute to fund the benefits promised under the terms of a defined benefit plan is a complicated problem. ERISA Section 302 sets out minimum funding requirements for defined benefit plans, like the Dignity Health Pension Plan. These are designed to incorporate actuarial estimates about the length of time lifetime annuities are likely to have to be paid (mortality assumptions) and interest assumptions about what the investment of pension fund assets is likely to yield.


IS THE DIGNITY HEALTH PLAN EXEMPT FROM MINIMUM FUNDING RULES?


Dignity Health argued, and the Supreme Court has now agreed that the Plan is not subject to ERISA because it falls under an exemption in ERISA carved out for church plans. Many hospitals and other health care organization are affiliated with churches, many with the Catholic Church. The exemption is ultimately rooted in the Free Exercise Clause of the First Amendment.

Nonetheless, in its settlement offer Dignity Health has offered supplemental funding for the plan for at least the next two years. The plaintiffs appear to be willing to accept the offer.


BUT IS THE SETTLEMENT OFFER GOOD ENOUGH FOR THE PLAN PARTICIPANTS?


In late October, however, Judge Jon S. Tigar of the Northern District of California refused to approve the proposed settlement, primarily because of provisions governing the payment of the plaintiffs’ attorneys. As then proposed, Dignity Health would be permitted to reclaim any difference between the $6.15 million in attorneys’ fees authorized by the settlement and the amount of fees actually awarded by the court. In addition, the court expressed reservations about direct payments to certain plan participants, which could shortchange or disproportionately favor these claims relative to class- wide claims.

A casual observer would be entitled to some confusion about the court’s reticence to approve a deal to which neither side appears to oppose, but there may be a larger point about the time and economic pressures faced by both parties. Were plaintiffs’ attorneys interests completely aligned with plaintiffs’ interests here? Why did the judge feel the need to step in?

More EMPLOYEE STOCK OPTION News
The latest iteration of the settlement offer abandons both the claw-back of attorneys’ fees and the special provisions for certain sub-classes of plaintiffs. More surprisingly, however, plaintiffs now argue that the supplemental funding of an additional $50 million in 2020 and $50 million in 2021 plus minimum funding contributions until 2024 would ultimately total $647 million, not the $100 million sum frequently mentioned in pension press coverage.

Most non-actuaries are willing to extend the benefit of the doubt to calculations of the future value of present-day or near-term pension plan contributions, but $647 million seems like a big leap. It is also not nearly as large as the $1.8 billion shortfall initially claimed by the plaintiffs.

Nagging questions remain, not just about the new numbers, but about whether litigation exhaustion is driving the settlement as much as the requirements of fairness toward plan participants. These workers relied on the promises of their employers for retirement savings opportunities and the protections of law to enforce those promises.