The Many Faces of Unum Insurance

It appears to be a tale of mixed messages surrounding Unum Insurance, one of the world's leading providers of disability insurance. The company appears robust and geared for growth, yet many an Unum lawsuit alleges bad faith insurance with benefits unjustly denied or terminated. And as new leadership assumes the Human Resources portfolio at Unum Group, there are reports that former employees of the firm are treated less than fairly. 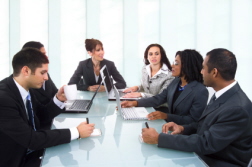 That allegation comes form Linda Nee, a former First Unum employee who now serves as an advocate for policyholders. In her blog Lindanee's Blog (5/17/12), the author noted that Unum had notified an ex-employee that she could retrieve her belongings curbside at the Unum Group headquarters in Chattanooga at 5pm. Nee observed that requiring a former employee—regardless of the circumstances that might have led to her exit from the company—to pick up her things at a time when the majority of employees would be leaving for the day is, in a word, humiliating. "Even the worst 14-year employee deserves better than that," Nee notes.

Holders of Unum disability insurance would likewise agree that legitimate claims deserve fair treatment following faithful payment of policy premiums. And yet, according to Nee, Unum's strategy is anything but.

According to Nee—who cites former Unum employees as her sources—Unum Group systematically provides claims handlers with names amidst an expectation that such claims be denied within a certain period of time. Should a claims handler prove unsuccessful in having a claim denied, there is an expectation that the claimant's name would be replaced by that of someone who's claim can be denied.

Nee writes: "Unum's targeting of legitimate claims is even more egregious if that's possible." She notes that according to her sources, claims handlers at the former Unum Provident toil under the weight of statistics measuring each claims handler's performance and effectiveness against stated company objectives inherent with denials of Unum disability claims.

According to those same sources, statistics tracked against a claims handler include the number of denials achieved and how quickly claims are closed, among other objectives.

It is interesting to note, at Unum Group's AGM in Portland, Maine May 24th, the company's CEO and CFO both talked of the company's strategy for growth in the midst of a challenging economy,

"In many respects, our 'playbook' hasn't changed much from last year," Unum Group CEO Thomas R. Watjen said, in comments published in 'MarketWatch' (Wall Street Journal) May 24, 2012. "We continue to have a focused approach on the business of providing financial protection, and there's no reason to change that."

More UNUM News
Those comments were echoed by CFO Richard P. McKenney, who said: "Simply put, Unum has outperformed a wide cross-section of peers over the past five years by consistently executing a strategy focused on disciplined, profitable growth and prudent capital management."

While the company touts the importance of carrying Unum long term disability insurance, it is not clear how much weight the company places on new policy sales and premiums revenue for growth, v. the cost savings generated by claims denials.

Meanwhile on May 16, 2012 Unum Group announced that longtime Unum employee Diane Garofalo would take over the position as senior vice president of Corporate Human Resources as of June 1st. The next day, Nee noted in her blog that it was her understanding "another round of Unum firings [is] planned for June."

Click to learn more about LawyersandSettlements.com
LawyersandSettlements.com - A trusted, independent legal news provider bringing quality news and information on all legal cases and lawsuits filed in United States of America to its readers since 2002. Over 250,000 legal help requests including Employment Law Cases, and Insurance Cases have been forwarded to lawyers all across to the country.