Unum Accused of Denying Claims While Giving Away Millions

Unum Group appears to be talking from both sides of its mouth, in denying what are held to be legitimate disability claims by the plaintiff in an Unum lawsuit, while at the same time stretching its philanthropic muscles for the benefit of others through charitable giving. Such charity and empathy however do not appear to be extended to deserving clients. 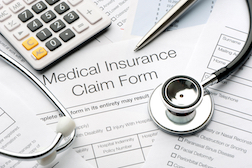 One of the most recent Unum disability claims has appeared in Pensacola, filed by an Escambia County resident who accuses Unum Life Insurance Co. of America, of unlawfully denying her disability benefits.

Her claim reveals that short-term Unum disability benefits were initially approved, only to be terminated in September of 2015. Her claim for long term disability was denied. Sanders holds that Unum has violated tenets of the Employment Retirement Income Security Act, and has filed her Unum lawsuit as an ERISA claim. She holds that Unum’s decisions with regard to the termination of her short term benefits, and the denial of her long term Unum disability claims, were arbitrary and capricious.

The plaintiff seeks prejudgment interest, attorney’s fees, costs of action and all other relief deemed just.

Meanwhile, not more than a week after Sanders filed her Unum disability insurance claim, The Chattanoogan (03/23/17) published a glowing account of charitable giving on the part of Unum employees. According to the report, staff and employees who worked at Unum Group’s Chattanooga headquarters contributed $3.7 million to non-profit organizations across Southeast Tennessee and North Georgia in 2016.

The report also noted how Unum Group and its employees had made total contributions of more than $12.4 million worth of charitable support to various causes across the United States, the United Kingdom and Ireland.

“We’re proud of the partnerships we’ve built with the non-profit community and we feel strongly that our employees are committed to making Chattanooga one of the best places to live in the Southeast,” said Suzanne Payne, director of corporate social responsibility, in a statement to the Chattanoogan.

“I feel like there is a buzz at Unum, an energy that compels people to do more. That drive naturally extends to the community and is an integral part of the Unum culture.”

Unum plaintiffs would be forgiven for wishing for that part of the Unum culture to be extended to their claims. Admittedly, denial of claims is symptomatic of the entire insurance industry, and is not restricted to Unum Group.