It may come as no surprise to some people who deal with companies like Unum that Unum is listed as the second-worst insurance company in the US. Unum lawsuits, alleging the company engages in bad faith insurance practices regarding Unum disability claims, have been filed against the company. In 2012, the American Association for Justice (AAJ) included Unum on its list of 10 worst insurance companies. 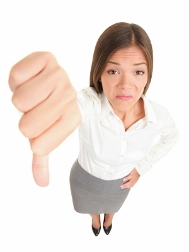 In the report, “The Ten Worst Insurance Companies In America,” the AAJ lists Unum second, behind Allstate and ahead of AIG, State Farm and other insurance companies. In its write-up of Unum, the AAJ notes that the company “has long had a reputation for unfairly denying and delaying claims. Unum’s claims-handling abuses have consistently been the subject of regulator and media investigations.”

Among allegations against Unum are that the company told employees to deny claims to meet cost-savings goals. In California, according to the AAJ, approximately one in four claims for long-term care insurance was denied, resulting in an investigation by the California Department of Insurance. That investigation reportedly uncovered widespread fraud committed by Unum, including violations of state insurance regulations, use of phony medical reports to deny or underpay claims and investigations that were biased.

More UNUM News
And even though in 2005, Unum agreed to reopen more than 200,000 cases, in 2007, it had reviewed only 10 percent of the cases that were eligible for review. In one lawsuit, Unum allegedly told a policyholder that he was not disabled and could work, despite his having had a quintuple bypass surgery.

Among tactics allegedly used by insurers to unreasonably delay or deny insurance claims: arguing the policyholder had a pre-existing condition, even if that condition is not linked to the one being claimed; refusing to acknowledge certain disabilities, such as Fibromyalgia; ignoring professional medical diagnosis or using biased experts; changing policies after a claim is filed; and claiming a person is not disabled and can work, despite a medical diagnosis from a professional.

Posted by
Ryan Roman
on December 11, 2017
I have had nothing short of complete hassle, arguments with my unum claim. Shoulder arthroscopy labral tear debridement, open long bicep supectoral tenodisis, open distal clavulectomy, acromial plasty. In addition same OR day, open carpal tunnel, wrist arthroscopy debridement, TFCC ligament repair. Needless to say 5 plus hours on the OR table benefit paperwork never processed no money first payment period. Endless calls as to why, paperwork resubmitted, personal medical files were faxed by unum to 2 unknown locations insread of doctors office, HIPPA violation benefits not recieved. Resubmitted fought for back pay, finally received. Two weeks later wrist cast removed no return to work slip from either hand or shoulder surgeon, benefits cancelled not enough info from doctors offices. Retieve info benefits reinstated. office visit 3 weeks later, no return to work slip, no correspondence from unum again, benefits cancelled. This resulted in remainder of PTO being taken by HR Department allowing company policy to post my job. Called unum find out they have been faxing requests to a different phone number, so they say. Several legal violations here and a huge disservice to employee, disgraceful so called "benefit".Don't have answers yet if my money will come and if my job is indeed gone....
Posted by
Andrea Whitfield
on October 6, 2016
I have Unum life insurance through my job. When my son passed away I called to file a life claim and was given instructions to file my claim. A month went by and I hadn't heard from Unum so I called and was told that my policy lapsed for non-payment. I appealed with proof of all my payments and was still denied. The woman I spoke with in the appeals department was very rude and cold towards me. I have since been pushing to be paid and all I get is the run around. Next step is the Insurance Commissioner and then my Attroney. At this point I deserve pain and suffering NOW !! I have been more than nice.
Posted by
Philip S Webster
on September 30, 2016
Is Washington State one of the States that have restricted increases?
Posted by
Sergio santana
on June 27, 2016
Unum has stopped paying my claim alledging that They did not get enough information from my doctors office. I had unum talk to my doctors office directly. They have continue to denny payment. I had rotator cuff surgery. They know Iam not able to return to work. I still have to get an answer from unum. Do not use this company you will regret it.
Posted by
Christina
on April 5, 2016
I signed up for unum when my husband and I decided to conceive thinking this would be a great help when I was on leave with our baby.I was told I'd receive 60% of my base salary during my leave which is better than mm nothing. I was happy to report 3 months after sign up we conceived! My due date was shortly after making a year with unum. I called in to find out roughly what my benefit would be as now we are preparing our finances to insure well be OK. I was told I only will receive a one time payment of 1200 which they will subtract a 14 day elimination period. I was devasted I had other options like aflac but chose unum because of what I was told. Now 5 months pregnant its to late to get help anywhere else I'm so stressed out over this they are scammers and liars!
Posted by
Candace Wiggins
on February 29, 2016
WORST COMPANY EVER. Liars. Cheaters. Deceptive. Everything you can think of to call this "company" is deserved.
Posted by
sean hamlin
on November 18, 2015
I'm a registered nurse and had a stroke and Unum was through my job. Thank goodness , I was able to partial speak on phone ,etc. If not life would be over. Forms and more forms ,and faxes and more faxes . Nightmare. It's deliberate
Posted by
Justin Easter
on March 28, 2014
Have been told by a "claims specialist" that everybody has hypogylcemia and is is simply "treatable." It is documented by 3 physicians that I have hypoglycemic UNAWARESNESS and I do not realize that my blood sugar is low until it reaches 30-not so "easily treatable" and dangerous. When driving home from work one evening,I pulled over and called 911 because my glucose was not responding to my usual treatment. My vision was blurry. The ambulance provided extra glucose and my sugar rose to a normal level. The EMT contacted his medical director who advised that "I could be treated and released." E denied me because I "refused" to go to the ER. It was the director of the ER who stated I could be treated and released. Lastly,my vision at night is 20/63. My retinologist indicated that I was unable to drive at night. E stated that was near enough to normal for me to drive. I ask you,would YOU want to be in the car ahead of me in these 2 instances. Get a grip Unum. Your claims "specialists" are uneducated and NOT compassionate!!!
Posted by
Victor Guerr
on October 28, 2013
I have Unum insurance through work and I had a total knee replacement then suffered a heart attack. I had a triple by pass a week latter and was told by Unum I was ok to go back to work. It took month to deal with these people......when they call don't answer the phone just have your doctors talk with these bunch of morrons.....
Posted by
phillip steward
on September 15, 2013
how come no complaints on state farm full coverage and denied twice after full hip replacement due to 2008 injuries denied because I didn't go to the emergencyroom the day it happened, and 2013, because I had no witnesses for a uninsured motorise claim to whitch I lost my job over.