More UNUM News
A Georgian physical therapy assistant with declining health is seeking an appeal in a Unum disability lawsuit claiming that the insurance provider denied his benefits after redefining the term "disability." 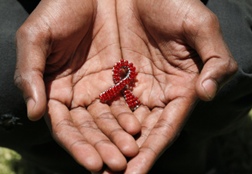 Paul Harris worked as a licensed physical therapist assistant when a series of health problems, including two hip replacements and an AIDS diagnosis, prompted him to seek long-term disability benefits under his Unum insurance policy. Harris received full benefits for two years under the policy's "regular occupation" provision, only to have those benefits later denied when the company reevaluated its definition of "disability."

Under the new guidelines, Unum defines disability as an inability to perform the duties of any gainful occupation.

The 11th District Court in Atlanta agreed with this statement, noting a number of occupations for which Harris' transferable skills made him eligible, including museum scheduler, generic dispatcher and customer-center representative.

In a previous disposition, Harris had admitted that he could do his laundry, prepare meals, clean his house, go shopping, use a computer and swim - a revelation that the court claimed failed to support the man's claim that he could not work a sedentary job.