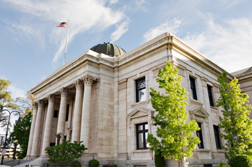 The US Ninth Circuit Court of Appeals ruled in favor of Unum Life Insurance Co. of America, which was refusing to continue paying disability insurance to Robert B. Fier, who was allegedly shot by a drunk person in a hunting accident and permanently disabled.

After the accident occurred in 1992, Fier's employer, Boyd Gaming, gave him a new position to accommodate his new condition, but paid him the same salary. Fier then left the company in 2004 for a job that reportedly paid him an amount that was comparable to his salary prior to the accident, the news source said.

The appeals court ruled that the Unum policy clearly stated that Fier's disability payments would be halted if he began to earn more than 80 percent of his salary before sustaining the injury.