More UNUM News
Unum Group recently announced the appointment of Breege A. Farrell to its post of senior vice president and chief investment officer, according to a release from the company. 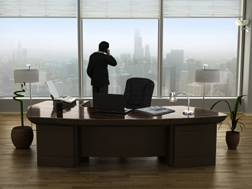 The release states that in the new role, Farrell will be responsible for overseeing the company's investment strategies and maintaining a balanced portfolio.

Farrell joins the insurance company from Allstate in Northbrook, Illinois, where she held a number of executive-level investment positions, according to the release. Prior to that, she worked at companies such as Nomura Corporate Research and Asset Management Inc., as well as JP Morgan.

"Breege brings to Unum impressive leadership credentials and a strong knowledge of investments in the financial services industry," said executive vice president and chief financial officer Rick McKenney. "We look forward to her many contributions as part of our senior leadership team."

Unum Group has been the target of a number of disability insurance lawsuits filed by people claiming they were wrongly denied benefits for their various disabilities.