Unum Policyholder: Unum Reads the Contract “The Way They Want”

When it comes to dealing with insurance companies such as Unum insurance, many complaints typically fall into the category of policyholders having had their Unum disability claims denied. Mark S. (real name withheld) does not fall into that category. So far, his Unum disability insurance claim has been paid out. But Mark says there is confusion regarding his policy, leaving him concerned his benefits will be stopped up to four years before he believes they should. 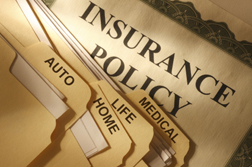 “I lived with severe heart failure for years,” Mark says. “It culminated in April 2009, when I had both a heart and a kidney transplant. I had originally bought a policy that was signed on May 5, 1982, with Provident Insurance Company. I paid into it for 25 years, but never used it until I was 59 years old. It was not part of a company plan, it was an individual plan I purchased on my own.

“So the insurance company started paying my benefits after a 90-day waiting period. Because of my disability, I was immediately given social security disability. I had paid for social security supplemental but agreed that once I got social security, my monthly payments from the company would reduce to $2,900 a month. I was told I would have to substantiate that I was still disabled and would fill out paperwork every month.

“After three years, social security reexamines every disabled person. At that time, they recertified me as being permanently disabled. Unum now has no choice because social security’s recertification overrules whatever doctor they would have me see.

More UNUM News
“On March 15, 1985, I received an addendum to my Provident policy, which I read to mean that my disability payments should run out 10 years after I started receiving payments, which would be 10 years after March 2009. But Unum, which bought out Provident, says they will stop paying me on the birthday I turn 65, which will be in 2015. So that’s four years earlier than I expected.

“After I got read that my benefits would run out after my 65th birthday, I went to my agent. I was sent a letter December 13, 2012, that states I started receiving total disability on March 19, 2009, and the maximum benefit period is following my 65th birthday. This is different than the Provident addendum.

“I’m not a contract expert, but I think they’re reading the contract just the way they want to read it. If I could get $2,900 for 48 months, that’s a lot of money. The original policy did mention age 65, but the addendum for policyholders over the age of 55 - the way I read it - changed that to 10 years after the benefits began. So it’s confusing.”

Posted by
Gerry Katz, MSPA, RHU, ALHC
on May 18, 2013
From your description, it sounds like they enhanced the "own occupaton" definition as that's something associated with "10" years.