Attorney Ingrid Evans has spent countless hours working on behalf of senior citizens who have been the victims of financial abuse. An attorney with Waters and Kraus in San Francisco, Evans recently won a tidy sum for members of a class action suit against American International Group (AIG) after an elderly widow came to her office with a complaint about penalties attached to a deferred annuity. 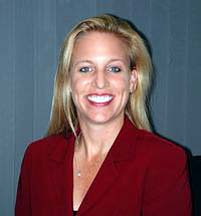 "My client was penalized 20 percent of total policy, buy all deferred annuity contracts have these kinds of punitive measures this one had," says Evans.

After her husband died, 79-year-old Beverly Buhs was surprised to find out that the deferred annuity they bought a few years before to protect their assets was subject to what AIG California called a "forfeiture charge." Evans reviewed the contract and realized there was nothing that signaled possible penalties.

"Basically these were deferred annuities with punitive omissions that were sold to elderly people," says Evans. "If a spouse died, and the surviving spouse wanted to liquidate the annuity, there were a number of charges applied."

AIG California Forced to Pony Up

Eventually 750 other Californians, over the age of 65 with the same policy and similar problems, joined the suit. The suit slammed the lid on the cookie jar down hard on AIG. Caught red-headed--imposing unfair penalties on elderly clients who tried to access deferred annuities after the death of a spouse--AIG was ordered to pony up a total of $4.8 million to policyholders.

"For a small class it is pretty successful." says Evans. "Each person is getting a substantial chunk of change." Beverly Buhs, the lead plaintiff, will get about $25,000 returned to her. "She was pleased with that."

Warned and Warned -- Then Sued

According to the documents filed by Evans, the defendants in the case (AIG, AIG Retirement Services Inc., AIG SunAmerica Life Insurance and others) "charade as financial or estate planners who specialize in asset protection for seniors." Instead, the suit charges, "They exploit seniors' fears about out living their assets," and sell them "deferred annuities that carry exorbitant exit charges, tax penalties and create complicated estate problems for their children after their death."

In an extraordinarily well written and detailed document, the suit goes on to allege that the defendants in the suit ignored repeated warning by regulators not to sell these types of financial instruments to seniors. Instead, AIG engaged in a kind of 'bait and switch' routine, first offering a them a 'Living Trust' and then encouraging them to swap it for a deferred annuity.

More Financial Elder Abuse News
Evans does some work as a consumer fraud attorney, but her specialty is financial abuse of the elderly. Barely into her 30s, her substantial win against AIG has made Evans a force to be reckoned with in the battle against financial abuse of America's senior citizens. "Sometimes I have clients who say, I don't care if I get my money back, but they still want to go after them because they are taking this money from seniors and taking advantage of people," says Evans.

Although there are many reliable financial institutions and policies out there, Evans warns there can be nasty shocks lurking in documents related to everything from long-term care to reverse mortgages if you're not careful.

"A lot of times, especially with insurance companies," says Evans, "the company will give the premiums back after the lawsuit is initiated so they don't have to face the liability, but it doesn't help seniors in the future."

Ingrid Evans is an attorney with Waters and Kraus in San Francisco. She is a graduate of the University of the Pacific's McGeorge School of Law and licensed to practice in New York, Washington D.C. and California.