Sixteen Years On, It’s Fen-Phen All Over Again

It may have been pulled off the market 16 years ago, but for some, Fen-Phen remains a scourge. That’s because the once-popular diet pill combination of Fenfluramine and Phentermine is alleged to foster serious side effects that can take years to materialize. 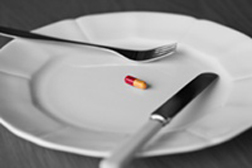 To that end, there are about a hundred cases pending in Fen-Phen Multidistrict Litigation (MDL) as of January 14 of this year. According to a release by PRWeb Newswire (2/26/13), one of the most recent lawsuits was filed in September of last year in Delaware District Court. The plaintiff in the suit claims to suffer from one of the more common Fen-Phen side effects - Primary pulmonary hypertension, or Fen-Phen PPH - as the result of using Fen-Phen.

That was the same month that pharmaceutical giant Pfizer was unsuccessful in its petition to have claims dismissed. More recently, with regard to allegations of Fen-Phen heart damage and associated litigation, a US District Judge this past January denied a subsequent motion by Pfizer with regard to a Fen-Phen lawsuit (Pennsylvania Eastern District Court, Case No. 2:2012cv20010).

The aforementioned lawsuit is now part of the Fen-Phen MDL (IN RE: Diet Drugs (Phentermine/Fenfluramine/Dexfenfluramine) Products Liability Litigation, No. 1203). The plaintiff alleges Fen-Phen side effects including, but not limited to, PPH.

As a weight loss aid, there is little doubt the Fen-Phen duo was effective. But the combo’s propensity to foster Fen-Phen heart valve damage and other adverse reactions caught the ire of the US Food and Drug Administration (FDA), which requested and got a recall of Fen-Phen in 1997.

More FEN-PHEN News
Some may have felt the Fen-Phen recall would have been the end of it. However, for many Fen-Phen consumers, serious health complications years after stopping the now controversial diet aid has resulted in ongoing litigation 16 years after Fen-Phen disappeared from the market.

An initial Fen-Phen product liability litigation dealt with a specific set of Fen-Phen side effects. However, plaintiffs alleging a Fen-Phen heart defect and specifically Fen-Phen PPH are keeping the litigation alive well over a decade after the Fen-Phen recall.

What’s more, given the latency of Fen-Phen in the body and the propensity for Fen-Phen problems to emerge years after stopping the drug, it completely resizes the usual window for making a claim under the Statute of Limitations. To that point, any prospective plaintiff who has encountered the late emergence of Fen-Phen side effects even after stopping use of Fen-Phen in 1997 would be wise to consult a Fen-Phen attorney to explore your options.

If you or a loved one have suffered losses in this case, please click the link below and your complaint will be sent to a drugs & medical lawyer who may evaluate your Fen-Phen claim at no cost or obligation.
Request Legal Help Now

Posted by
Sharon Scroggins
on July 31, 2014
I took Phen Phen and my attorney said my Matrix settlement would be 524,000 but he recommended that I opt out of the settlement because he felt my settlement would be more. In late 2005 the same attorney contacted me and offered me a settlement of 20,000 less expenses. I did not accept the settlement. I received a letter from my attorney stating that they would no longer represent me along with a Motion to Withdraw sent to Pennsylvania Civil Court. I have not signed off nor accepted any compensation. I have been seeing a cardiologist yearly since 2002 and have spent thousands of dollars out of my pocket for medical care and prescriptions that I will have to take the rest of my life. Is my case still open? I have three leaking valves, documentation of prescriptions and doctors visits. I need advice>
Posted by
geraldine james
on September 12, 2013
I was in the class action phen hen case back in 1999 I believe that's the year they took 2 test and I tested positive for compensation up 476000.00 but then they told me they lost my files then put me in a black hole then they said they had run out of money and told me if I ever had problems in the future up till 2015 I would still be eligible all my files I had saved got burned up but I know they still have my records at the Wyeth dietdrugsettlement,after a few years I think they sent me 350.00 and paid me for my perscriptions diet pills thank you I hope you can do something about this I take meds for hypertension