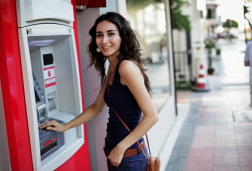 Previously, many bank customers were charged hefty fees even though they may not have realized their account was close to overdraft or why the fees were charged. Now, with more information coming out about overdraft fees, many consumers say they will not opt in to overdraft protection, choosing instead to have the transaction rejected.

An 8/02/10 report in the Wall Street Journal cites a survey by the National Foundation for Credit Counseling, which found that as many as 74 percent of Americans do not plan to enroll in overdraft protection. The same report noted that the average overdraft fee charged by financial institutions is $27 and approximately half of the banking industry's $37 billion generated from fees in 2009 came from ATM and debit transaction overdrafts.

More BANK OVERDRAFT FEE News
Even not enrolling in overdraft protection does not mean consumers are free from overdraft fees. The new rules cover ATM and debit transactions, but they do not cover checks or automatic payments from accounts, according to the 7/26/10 edition of the New York Daily News. This means that those transactions could still be subject to overdraft fees if they take the customer's account into overdraft.

Meanwhile, the Wall Street Journal reported on 7/29/10 that banks are now trying to convince customers to enroll in overdraft protection. This includes identifying people who rack up charges on their account and convincing them to join bank programs. Offering programs such as "Courtesy Pay" and "Buffer Zone" services, banks are doing their best to convince customers to join their programs, as Time noted on 7/30/10.

The end result is that consumers still have to watch their accounts to ensure they do not go into overdraft.

If you have suffered losses in this case, please send your complaint to a lawyer who will review your possible [Bank Overdraft Fee Lawsuit] at no cost or obligation.
Request Legal Help Now