Commerce is the Latest Bank Being Sued for Excessive Overdraft Fees

More BANK OVERDRAFT FEE News
Commerce Bancshares, a Kansas City-based financial institution operating simply as Commerce Bank in the state of Missouri, is being sued by one of its clients who claims the company's bank overdraft fees violate state law. 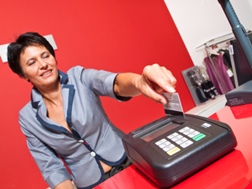 The plaintiff, Harold J. Joseph Jr., has accused the banking chain of manipulating the sequence of debit card purchases in an attempt to maximize the number and size of overdraft fees that they can impose. Filed in a Jackson County Circuit Court, the suit comes hot on the heels of a similar lawsuit filed against another Kansas City bank, UMB.

Spokesmen for both Commerce and UMB have refused to comment on the situation, according to St. Louis Today.

Overdraft fees are typically assessed for banking customers whose purchases are larger than the amount currently within their checking account - a service that comes with a variable fee depending on amount and frequency of use. The practice has come under fire in recent years.

New regulations that will take effect by the end of the summer seek to rectify this problem by making overdraft protection an opt-in service and by regulating the terms of the action.