Excessive Bank Fees: Did We Learn Anything From the $7.8 Million UMB Settlement?

Insomuch as banks and credit unions do whatever they can in order to attract, and keep customers, various practices inherent with the industry have nonetheless proven to frustrate their clientele. Excessive bank overdraft fees are but one example. 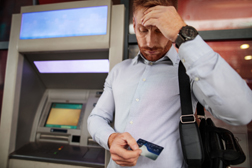 Little wonder that banking customers file bank overdraft fees lawsuits, having discovered they are being fleeced with excessive fees through, for example, the re-ordering of transactions in order to generate additional revenue. Adding insult to injury are the often excessive profits earned by the banking industry on the backs of consumers who are just barely getting by.

Reports of excessive bank fees have become commonplace in recent years, with lawsuits succeeding in holding a bank’s feet to the fire. Equally commonplace are settlements accompanied by agreements that no wrongdoing has been committed, while the alleged perpetrators opine that settlements are hammered out solely to avoid costly litigation, rather than any admission that they may have grossly taken advantage of their customers.

This is hardly new: in 2010, a plaintiff from Missouri launched a bank overdraft fees lawsuit against UMB Bank, alleging that the institution re-ordered transactions in an effort to earn additional fees.

It’s easy enough to do, given that most Americans today are too busy and distracted to delve into just why their banking fees are higher this month: “Gee, I know I was playing it close to the line on my account balance, but I kept track of everything and there should not have been any overdraft fees...or at the very most, one fee - not two.

“Oh well. Guess I better pay it. Haven’t the time to get into it, anyway.”

The bank overdraft fees lawsuit launched against UMB in 2010 was approved as a class action, and the following year UMB - based in Kansas City - settled for $7.8 million. The excessive bank fees class action lawsuit against UMB struck a familiar tone, alleging that the bank played fast and loose with transaction histories, reordering debit card charges that would result in additional fees for non-sufficient funds.

UMB, in a filing with the US Securities and Exchange Commission in 2011, denied the allegations and announced that it was settling the banking overdraft fees lawsuit in order to avoid “any further expense and distraction.”

More BANK OVERDRAFT FEE News
The excessive overdraft fees settlement was not easy to accomplish, completed through meditation and some hard bargaining that lasted, initially, for 17 hours. Beginning on May 10, 2011 the mediation finally broke off in the wee hours of May 11, with discussions continuing until May 13 of that year.

UMB Bank was not required to admit to any wrongdoing in the $7.8 million settlement.

That was four years ago. Since then a number of banks, trust companies and credit unions have become entangled in the same excessive bank fees web, as if nothing was learned from the alleged wrongdoings of the past, with account holders continuing to serve as unwitting pawns in an elaborate chess game fueled by deception and greed.

Posted by
cassandra cray
on August 29, 2016
Vystar credit union have some problem with overdraft. They will put a pending on your account and then you think that you have money and you don't. once the hold or pending the money is released. and you have the money but it tolate you have an overdraft fee of 35 dollars and then 75 dollars to the person you wrote the check for.
Posted by
Lannie Arrington
on August 28, 2016
Smart Financial Credit Union and JP Morgan Chase charged my account with overdraft fees when there were funds in the accounts. They would charge the overdraft fees then deposit funds.