An excessive bank overdraft fees lawsuit and resulting settlement has been embroiled in an extended legal conflict not between the defendant bank and its customers, but rather an ongoing dispute between US Bancorp (US Bank NA, US Bank) and two of its insurers. The issue is how much of the $55 million settlement agreed to by US Bank would be paid by its insurers, if any. 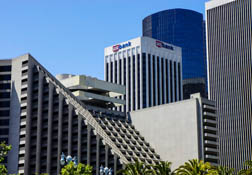 The dispute appears to take the heat away from the original bank overdraft fees litigation against US Bank over excessive bank fees. Three separate excessive bank fees class actions alleged that US Bank changed the order of transactions stemming from customers debit cards from the highest to the lowest. Rather than process the fees chronologically, the re-ordering of the transactions allegedly allowed the bank to maximize overdraft fees.

The class-action lawsuits alleging excessive bank fees resulted in a $55 million settlement with US Bank, with the latter agreeing as part of the settlement to reimburse their banking clients and provide refunds of any overdraft charge deemed unfair for the purposes of the excessive overdraft fees litigation. In turn, US Bank turned to two of its insurers - Indian Harbor Insurance Co. (Indian Harbor) and Ace American Insurance Co. (Ace) - in seeking $30 million of that $55 settlement, leaving US Bank to cover the remaining $25 million.

The insurers are balking at the move, and have appealed a decision by a district court in Minnesota that the two insurers, indeed, owe the $30 million to US Bank in order to bolster its settlement fund.

The insurers have appealed that ruling to the 8th Circuit, which was scheduled to hear arguments on December 17.

For its part, Indian Harbor takes the position that settlements providing restitution, or requiring an insured to disgorge ill-gotten profits, are not covered in the relationship between the insured and the insurer.

According to court documents, US Bank carried a professional liability policy with Indian Harbor worth $20 million once a $25 million deductible had been paid. The coverage with Ace was described as an excess policy that carried a $15 million limit. While the insurers provided consent to the overall $55 million settlement between plaintiffs and US Bank, that consent was subject to a reservation of rights clause that would allow the two insurance companies to challenge coverage, should the insurers choose to do so.

They are choosing to do so.

Their argument, in part, rests on the position that the settlement with US Bank is effectively restitution or an extension of credit - neither of which is a covered loss under polices issued by Ace and Indian Harbor, or so it is alleged.

More BANK OVERDRAFT FEE News
Lost in the ongoing debate and legal maneuverings between US Bank and its insurers are the plaintiffs who won a settlement from US Bank, with the defendant not required to admit liability or wrongdoing. It is not known if US Bank will be in a position to move forward with restitution and refunds to its customers, or if the legal wrangling with its insurers will need to be settled first.

Such legal maneuvering serves to transfer the focus away from the allegations of excessive bank fees. While US Bank admits to no liability or wrongdoing in the settlement, it cost US Bank $55 million to be in a position to make that statement. Now, it seeks reimbursement from its insurers.

The case is US Bank NA et al. v. Indian Harbor Insurance Co. et al., Case number 0:12-cv-03175, in the US District Court for the District of Minnesota.

Posted by
Lester Love
on February 15, 2017
I would like to know when I can receive my part of the 55million dollar settlement for overdrafts made by usbank!
Posted by
Moe Funds
on July 1, 2016
Regardless of the bank, overdraft charges happen. I get them same as everyone else. If you actually read the disclosures to the account you agree to have then expect the conditions of the terms when being allowed to overdraft your account. By federal law all banks have to tell you about it.
Black and white like all the little boxes we click to save time online but complain about our ignorance to them. "I agree...terms and conditions..."
I have read the terms of Overdraft Coverage and its clear how it works. If I agree to it that is (which is an open question on every application and can be changed at anytime, even over the phone). I have the bank pay for my purchases, bills, etc when I lack the funds in my account. I then have until the end of the day to get the money in the bank to avoid the fees. Some banks even allow ATM deposits of cash that can stop a $24 dinner from turning into a $60 one(add $36 overdraft fee).
Its not a perfect world and sometimes you got to bite the bullet. US Bank offers options to setup Overdraft Protection(but I'll let you read about that on your own) I paid for 6 fees before closing my Wells Fargo account, I asked for some to be waived and they did. Pay attention to your money if means so much to you.
Here's my last point, more of a scenario. Some people still mail a check to pay utilities or set up auto payments for a mortgage. They are short in the bank account by mere dollars for whatever reason. Those payments are rejected and unpaid(bounced). Now that's bad for anyone's credit, having more fees from late payments or bounced check fees PLUS you still get the same fee charge ($36)from the bank for insufficient funds. Sound unfair? Not when you can choose to overdraft.
Maybe, when you decide that the ease of having access to your money and you don't set yourself up to stay in the know, don't complain when you "didn't know".

Posted by
Elizabeth Rael
on February 4, 2016
I received overdraft fees on all of my accounts that I have had with US Bank. I have called and spoke with them numerous times to try to get the account credited back the money when I would be over by a couple of dollars even just cents. They would tell me that they couldn't return my koney because I was over, even after I have made deposits before making purchases. They take their time posting deposits/withdrawls, that is what would make me overdraft.