In the wake of an Equifax data breach that occurred in July but reported this September, attorneys at Oakland, California- based Scott Cole & Associates have filed a lawsuit seeking class action status against the credit reporting agency. This digital disaster could potentially affect up to 175 million Americans, and millions of people worldwide, including the U.K. and Canada. 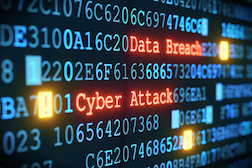 Filed September 12, 2017 in the San Jose division of the United States District Court, the lawsuit alleges negligence, violations of fair credit reporting and deceptive business practice. “This breach exhibits a level of recklessness that never should have occurred," says Scott Cole, the lead lawyer in the case. Equifax is a credit bureau that serves underwriters such as banks, credit card companies and other financial institutions that have the public’s personal information: names, addresses and social security numbers.  It is one of three major credit bureaus that rate a person’s worthiness to receive credit, such as a mortgage, credit card and even health care (in the U.S.) You may not even know that Equifax has your personal information in their data bank.

“Credit-verification processes are not set up for consumers’ protection. They’re set up to protect those companies from whom we seek credit,” explains Cole. “We, as consumers, don’t have a direct relationship with Equifax and yet Equifax holds our most intimate financial secrets. When it breaches that trust, the inequity is compounded. With this more-recent violation of our trust, cyber-criminals were allowed access to our personal identifying information for months. Then, Equifax kept that discovery from us for 40 days. It’s one jaw-dropping revelation after another.”

But it is yet to be understood why Equifax waited so long. Its servers were hacked between May and July, breaching online services by exploiting a vulnerability in their web servers, despite a software fix that had been available since March.

So, how do you know if your personal information has been compromised, and what can you do? For starters, you can put credit freezes on your accounts, and you can join fraud alert programs. By doing so, if your account is then compromised, the credit card company should notify you. Or you can visit the Equifax website, and enroll in TrustedID Premier. “But note that it’s only free for one year,” Cole points out, and “hackers with this skill set tend to be very patient. Theoretically, they could wait that year--until your guard is down--and use the data then. The dust may not settle on the scope of damage here for years.”

And just when you thought it couldn’t get worse, we learn more: According to Business Insider (Sept 13, 2017), Equifax's chief financial officer and two other senior executives cashed in on almost $2 million of Equifax stock once they learned about the hack. Cole says the massive sale of stock by these corporate officials may be part of this case. Bloomberg (September 18, 2017) reported that executives "had no knowledge" of the data breach before selling shares. But, that’s another story….

If you or a loved one have suffered losses in this case, please click the link below and your complaint will be sent to a media/telecom lawyer who may evaluate your Equifax Data Breach claim at no cost or obligation.
Request Legal Help Now

Posted by
Peter Knepell
on September 15, 2019
On Sept 13, 2019, I received an email about a potential settlement with Equifax. It is titled: "Equifax Data Breach Settlement - You may be eligible for cash, free credit monitoring, and more". The associated website is: www.EquifaxBreachSettlement.com I used this website to determine that my wife and I were part of the "class" in the lawsuit.
Posted by
David Carey
on September 16, 2018
Equifax in formed me my info was Hacked but offedmenocomp
Posted by
Marty Dark
on November 5, 2017
I made the call to Equifax and it indicated that all my personal information was hacked. Just because nothing has happened to me yet, I feel that Equifax should be held responsible to me. I put a credit freeze on my information. So now am I supposed to wait for something to happened before Equifax pays me for their mistake. They certainly went ahead and paid their ceo/s?
Posted by
Heidemarie Book
on October 13, 2017
I been spammed and receive endless robot calls for the last 3 months. Calls asking me to verify my personal information then they get mad and so aggressive. It is harassment and can get you scared. We all should use Equifax. These credit reporting agencies should be stopped. What right do they have to collect and sell my personal information.
Posted by
Melissa Walther
on October 10, 2017
I cant believe how careless equifax is. As a middle class citizen I rely on my credit to get by. And now spam emails up the Ying yang and fake is calls. This is complete BS EQUIFAX, I YOUR SECURITY WTF
Posted by
DEBORAH MCMILLAN
on October 6, 2017
I have been spammed numerous times via email and phone from IRS to SSI to stupid junk filling up my email.
I paid them 20.00 a month to be a "member " so I basically paid them to give my personal info away . this impacts everyone with credit as those will be the ones who suffer and on top of it all they keep it from us and then lied about how many were affected .
Posted by
Theresa
on October 3, 2017
Why should the victims of fraud be asked to pay for so called protection ?that truly is not available equellfax should have to pay for all victims life lock protection but I'm sure everything is hackable therefore no one should be askin for social numbers on line or on the phone.or anywhere else.
Posted by
myrna
on October 2, 2017
I have had problems with my credit since this happened with equifax. I have tried to dispute items.
Posted by
Mary
on October 2, 2017
It has been only 2 weeks since public announcement of the breach so I'm not aware (yet) of any personal monetary loss.
But my email was hacked on Sept. 12 and out of the blue I'm getting spammed upwards of 40/day regarding Male Enhancement, Toe-Fungus, Lose Weight, Refinance, AmaZOn,
Discrete Girls, Dr. Oz, Roofing, you name it ad nausam. Between dealing with the avalanch of spam and freezing my credit the breach is costing me hours of time and effort and worry. Getting the 3 credit bureaus by telephone is extra long wait times since they are bogged down dealing with the other 142,999 million victims also calling in. I'm out $20 sending Certified Mail notices to the CBs.

Posted by
Brigitte Pierrrette Williams
on October 2, 2017
I have been impacted adversely by Equifax grotesque act of carelessness.
People who are not indepently wealthy MUST have a good credit history, which has been compromised by Equifax.
Please make me whole.

Posted by
Walter collins
on October 1, 2017
Ever seen this has happened I been getting calls scammers trying to scam me one from guys saying there from the IRS and anther from local SSI wanting more info on me I don't use mother madin name on getting credit never had theses kind of calls before
Posted by
ZEB RUFFIN
on October 1, 2017
I have had account open after the breach by Equifax
Posted by
Dennis Drew
on October 1, 2017
I have credit so I have suffered losses, I need to now
be pro active and spend MY time and resources to make
sure I am protected. I can not trust EQUIFAX to be open
forthcoming with this issue so YES I HAVE BEEN IMPACTED.

Posted by
Trudy A J Johnson
on October 1, 2017
I was contacted by my financial institution, 1st Advantage Federal Credit Union, that my credit files may have been compromised by Equifax.
Posted by
joann loffler
on October 1, 2017
They are charging victims for credit reports. We have no contact with Equifax after enrolling in the monitor program and once again, this company maintains our most personal information without permission from consumers. That information is accessed by insurance companies,car dealers and so on! We do not have to sign anything for these companies to look at our credit reports,just provide them with our name,birth date an ss# when buying or filling out paperwork. No,we are not asking for creit. We paid in full! So now we have Equifax cashing in on holding and handing out our personal information that could damage us for life! Protection and yes payment everytime someone acesses our credit report!

Click to learn more about LawyersandSettlements.com
LawyersandSettlements.com - A trusted, independent legal news provider bringing quality news and information on all legal cases and lawsuits filed in United States of America to its readers since 2002. Over 250,000 legal help requests including Media/Telecom Cases, Business Frauds, and Financial Cases have been forwarded to lawyers all across to the country.