Lead plaintiffs in a class action lawsuit filed in US District Court in Atlanta claim it was the Equifax breach between May and July 2017 that led to real life problems after their personal and private information was snatched from the credit reporting agency’s data bank and then allegedly used by criminals for illegal purposes. 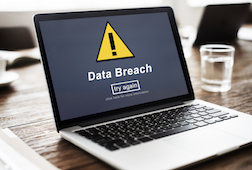 The lawsuit alleges that Equifax “failed to protect, secure and safeguard personally identifiable information (“PII”) of the plaintiffs” and some 143 other United States consumers.

The problems for many Equifax customers are very tangible according to veteran Atlanta attorney Jonathan Johnson who represents the plaintiffs in the class action suit.

“The first four people we filed for have already have identity theft problems since the breach occurred,” says attorney Johnson from the Atlanta law firm of Jonathan Johnson.

Plaintiff Sabina Bologna, a direct customer of Equifax, discovered that someone bought an iPad from Best Buy using her name and her Visa number shortly after the breach was made public in July, 2017.

Another plaintiff, Lucia Larocchia was notified by Sears in late July, 2017 that someone was trying to change information related to her Sears’s credit card. She subsequently found charges for hundreds of dollars for merchandise she didn’t purchase. A month later, the lights went off in her home. She found out someone had provided the power company with her social security number as identification and ordered the power shut off because she was moving. She was not moving. The company turned the power back on but first charged Larocchia $176.37.

Next Citibank called to ask Larocchia if she had applied for a credit card and the same thing happened with the Chase bank. She too was an Equifax client.

Two other plaintiffs, also Equifax customers, tried to check the credit monitoring company’s website to see if they were among the people whose data was breached. They received inconsistent information every time they logged in. One of them experienced a sudden sharp drop in her credit rating.

The Equifax data breach is believed to be the largest data breach in history by Equifax’s own admission. Hackers first barged into the data bank on May 13, 2017 and continued to draw down data for almost two months. Equifax finally noticed some unusual traffic and discovered there were cyber criminals at work.

The hackers grabbed social security numbers, addresses, names, birth dates and in some cases credit numbers all the critical information needed for identity theft. For Equifax customers who had personal information in the Equifax data bank it could create some costly, time consuming, even lifelong problems.

Consumers with identity theft problems continue to contact Johnson with their stories and are being added to the class action lawsuit.

If you or a loved one have suffered losses in this case, please click the link below and your complaint will be sent to an internet/technology lawyer who may evaluate your Equifax Data Breach claim at no cost or obligation.
Request Legal Help Now

Posted by
Melissa K Walther
on November 7, 2017
I believe my personal info was used , i ordered my credit report and theres numerous credit inquiries as of lately that were not from my doing. Ugh t
Posted by
Linda La Deaux
on November 6, 2017
There is a possibility my personal information was breached. Requested, in writing my credit information. Waiting on response. My identity was stolen in 2011. Had to get professional assistance.