Attorney Ted Yoakam has spent most of his career doing medical malpractice law but for the last year his energy has been focused on an environmental lawsuit in the Chesapeake region. "Virginia Dominion Power operates a lot of plants and creates a lot of coal fly ash," says Yoakam. "They were under the gun because their own containment site was overflowing. They were desperate to find a place to put this stuff." 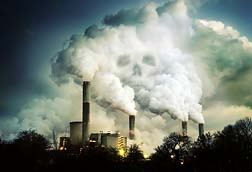 His firm has recently filed a $1.6 billion lawsuit on behalf of some 400 people who live near the Battlefield Golf Course, claiming that highly toxic fly ash produced by Virginia Dominion Power and used in the construction of the course contaminated their well water. "Our clients are all people who are homeowners or renters in the area or people who drank the water," says a concerned and determined Ted Yoakam. "From what I know, this stuff should never be put into the ground,"

Fly ash is a fine, powdery residue produced by coal-fired power plants and is known to contain toxic materials like arsenic, lead and mercury. In the past, coal fire plants belched their fly ash directly into the atmosphere. Changes to environmental laws now require plants to capture the ash and store it in landfills usually lined with clay to prevent leaching.

The 400 page suit filed by Yoakam in the Chesapeake District court alleges that Dominion and two other defendants (CPM Virginia LLC, the developer of the golf course, and VFL Technology Corp., described as Dominion's coal-ash management consultant) dumped more than 1.5 millions of fly ash into an area being developed as a the Battlefield Golf course between 2002 and 2007.

"The course developer, CPM, found there was good sand in the area. It removed it and sold it," says Yoakam, "then Dominion paid the developer $7 million to back fill this site with fly ash."

The land in the area is particularly swampy and surrounded by homes that depended on wells for their water supply despite environmental assessments that warned against it.

Dominion had assured local officials that the fly ash was mixed with a binding agent that would prevent leaching of chemicals. But residents in the area refuse to drink their well water and complain about its odor and high chemical readings.

Virginia Dominion Coal has publicly and loudly denied the allegations leveled against the company.

More Environment News
There are rafts of fly ash suits being filed across the US. "I have spoken with other lawyers who have filed these kinds of suits," Yoakam says, and although the particulars vary there are common issues when it comes to fighting Fly Ash suits.

"Usually the defendants have great resources to fight these lawsuits," says Yoakam. "They come up with their own hydrogeology and scientific studies to refute the claims and it takes a long time to settle these cases."

Ted Yoakam is a graduate of Saint Vincent College and the University of Pittsburgh School of Law. He is admitted to practice in Pennsylvania, the Commonwealth of Virginia and before the Supreme Court of the United States. Yoakam's specialties of law include medical malpractice defense, healthcare law, hospital risk management and quality assurance, guardianship and medical consent, hospital and physician credentialing and medical board defense, general litigation and toxic tort litigation.