While patients and doctors ask who is responsible for the endoscope infections that have reportedly led to multiple deaths in the past three years, officials have taken medical centers and medical device makers to task for putting the public health at risk. The US Food and Drug Administration (FDA) issued a warning in 2015 about the risk associated with improperly cleaned endoscopes, which could result in patients developing a severe and life-threatening infection. Endoscope lawsuits have been filed against the makers of various scopes, alleging they failed to provide proper warnings and materials linked to the proper sterilization of the devices. 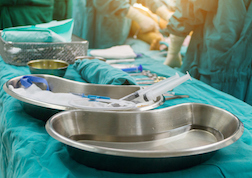 While there are fingers pointed at the makers of some endoscopes, there are apparently also issues with some medical centers. According to The Detroit News (10/12/16) federal regulators have threatened to pull funding from Detroit Medical Center after a report indicated the center failed to properly clean and sterilize surgical instruments, putting patients at risk of serious complications. The report notes that when inspectors examined Detroit Medical Center, they reportedly found that staff skipped routine steps to clean tools and improperly sterilized at least one set of instruments.

Meanwhile, workers reportedly failed to properly wipe blood from surgical instruments, mopped blood from the floor without moving equipment, and did not soak tools adequately after surgery. If Detroit Medical Center does not fix all deficiencies prior to a surprise visit, it could lose its federal funding in mid-December, 2016.

More ENDOSCOPE INFECTION News
The FDA has also come down hard on hospitals and medical centers that it says have not properly alerted it to deaths linked to medical devices. In October, the FDA released inspection reports that showed 12 hospitals came under fire for not meeting regulations on reporting injuries or deaths caused by devices. Hospitals have 10 days to report injuries linked to a device manufacturer. They also have 10 days to notify manufacturers and the FDA about a death possibly caused by a medical device. If manufacturers learn of an injury, they have 30 days to notify the FDA.

Among incidents cited by the FDA was a situation in which a patient died from complications linked to an improperly cleaned duodenoscope but the agency was not notified of the death. In its report, the FDA noted that the patient's infection "was probably related to 14 other confirmed cases of multidrug-resistant pseudomonas infections caused by contaminated duodenoscopes."

News reports suggest as many as 35 people may have died after undergoing a procedure that involved a duodenoscope. Some device makers have been accused of not properly warning US hospitals about the risk of a potentially deadly infection.