Many an endoscope lawsuit have alleged injury, or even death when a reusable endoscope or duodenoscope has passed potentially harmful infections between patients due to an inability to be thoroughly cleaned and sterilized. Plaintiffs have alleged everything from defective design, to a lack of training and inadequate cleaning procedures inherent with optimum disinfection protocols. 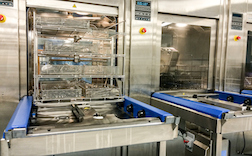 Last month, it was reported that the US Food and Drug Administration (FDA), the federal regulator responsible for pharmaceuticals and medical devices in the US, approved a duodenoscope redesign featuring a disposable cap intended to help stem serious infections – including so-called ‘superbugs’ – that have reverberated through hospitals, and the headlines in recent years.

The device is the Pentax ED34-i0T duodenoscope that features a disposable distal cap. The distal cap is a component of the duodenoscope that has been reportedly difficult to adequately clean and disinfect, thereby contributing to the spread of serious infections that are increasingly proving resistant to antibiotics.

“We believe the new disposable distal cap represents a major step towards lowering the risk of future infections associated with these devices,” Dr. William Maisel, acting director of the Office of Device Evaluation in the FDA’s Center for Devices and Radiological Health, said in the official FDA press release. “Improving the safety of duodenoscopes is a top priority for the FDA, and we encourage companies to continue to pursue innovations that will help reduce the risk to patients.”

The spreading of so-called superbugs and their association with endoscopes and duodenoscopes came into focus with an outbreak two years ago at the Ronald Reagan Medical Center at UCLA. The duodenoscope in question was a model manufactured by Olympus Corp., and is alleged to have played a role in the transference of at least seven carbapenem-resistant enterobacteriaceae (CRE) infections. Two patients died, with a further 200 having to undergo further testing after being considered at risk.

Endoscope infection lawsuits have been filed against Olympus, the manufacturer involved in the duodenoscopes thought to be at the heart of the UCLA Ronald Reagan outbreak. Pentax, it has been reported, was also in receipt of a warning letter from the FDA in August, 2015. In it, the regulator accused Pentax of failing to report links between devices manufactured by Pentax and serious patient infections.

In the formal press release issued by the FDA on September 20 announcing the redesign, it was revealed that the FDA – in January of this year – issued a safety communication to healthcare providers and the medical community with regards to “a design issue with an earlier version of the Pentax duodenoscope, the ED-3490TK,” the FDA said. “The communication identified the potential for cracks and gaps to develop in the adhesive that seals the duodenoscope’s distal cap onto the scope. These cracks and gaps could allow fluids and tissue to leak into the duodenoscope.”

More ENDOSCOPE INFECTION News
The new Pentax duodenoscope has been deemed substantially equivalent to duodenoscopes already on the market, and thus has been approved through an FDA 510(k) Clearance by the regulator (No. K163614).